Some investors may think Robert Half International (RHI 0.87%) is in a boring business. But the stock of the staff consulting firm has been far from boring today, jumping more than 13% Friday morning. Shares pared some of those gains but remained higher by about 8% as of 1:50 p.m. EDT.

Robert Half reported record quarterly sales and earnings yesterday, which president and CEO M. Keith Waddell attributed to "a broad-based, global acceleration in demand for our staffing and business consulting services." The company's Protiviti subsidiary marked its 15th consecutive quarter of increasing revenue with what the company called "very strong growth" in all of its focus areas. 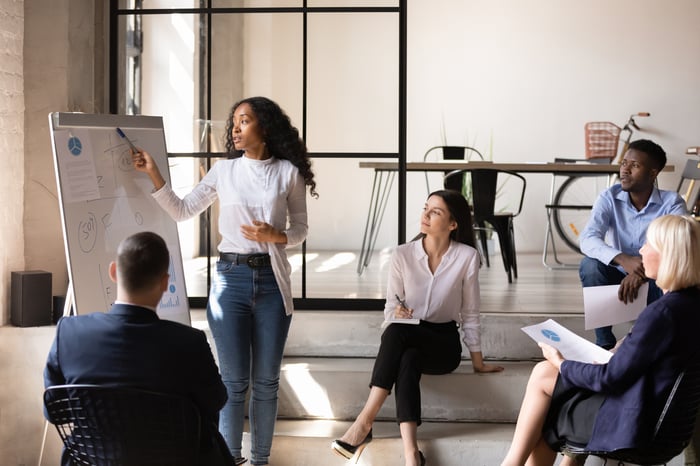 Robert Half reported earnings of $1.33 per share on revenue of $1.581 billion. The earnings compare to analyst expectations of $1.05 per share, and revenue also bested analyst estimates by 6.5%. With today's move, Robert Half stock is up about 50% year to date and almost 75% over the last 12 months.

Investors bidding up shares today likely also focused on management's guidance going forward. The company expects third-quarter results to be new quarterly records based on the midpoint of its revenue and earnings-per-share ranges. Shareholders probably find that anything but boring.