A disappointing earnings report has left investors on both Wall Street and Main Street unhappy.

A leader in power and radio frequency semiconductors as well as LED lighting, Cree (WOLF -2.17%) reported fourth-quarter 2021 earnings yesterday after the closing bell, and investors are not happy with the company's results. As of 10:49 a.m. EDT, Cree's stock has fallen 7.1%.

It's not only the company's disappointing earnings report that's driving investors to hit the sell button; Wall Street is also unimpressed with what the company had to say yesterday. 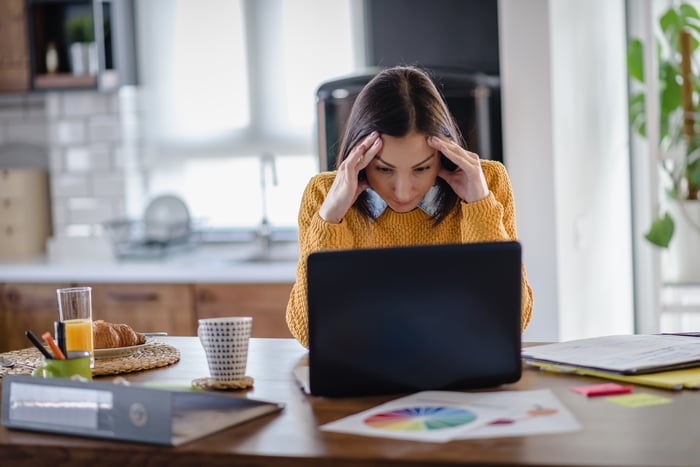 Slightly beating analysts' revenue and earnings estimates of $145.2 million and negative $0.24 per share, respectively, Cree reported sales of $145.8 million and an adjusted earnings-per-share loss of $0.23 in Q4 2021. The problem that investors have with the results, though, is how the company performed under generally accepted accounting principles; in that regard, the company's performance was considerably worse. On a GAAP basis, Cree reported a net loss of $1.26 per share -- considerably steeper than the $0.41-per-share loss that the company reported during the same period last year.

Investors are also unhappy with the company's cash flow during the last quarter. Whereas Cree used $29 million in cash from operations during Q4 2020, in the recently completed quarter, Cree's operating cash flow totaled $126 million. Take into account the $168 million in capital expenditures -- largely related to the development of the Mohawk Valley facility -- and Cree's free cash flow was negative $222 million in the last quarter.

Another sore spot for investors was the company's outlook for Q1 2022. Management forecasts revenue between $144 million and $154 million, representing a falloff from the $217 million that the company reported in Q1 2021.

How unimpressed was Wall Street with the company's Q4 2021 report? Not one, not two, but three analysts espoused more bearish views on the stock, according to TheFly.com:

Continuing to report losses and burn through cash, Cree is not powering much in the way of excitement for investors today. Semiconductor demand remains incredibly high, so investors are eager to see the company's Mohawk Valley fabrication facility come online. Management maintains that production will begin in the first half of the 2022 calendar year. If the company succeeds in meeting this timeline and ramping up production quickly, it may electrify the bulls' enthusiasm for the stock.

Why Wolfspeed Stock Was Surging Today
376%