Apple has some big updates for Wall Street on Tuesday.

Several companies will be making headlines over the next few days that might move their stocks. Let's take a closer look at a few highly anticipated announcements from this list, from Apple (AAPL -0.34%), Oracle (ORCL -0.90%), and Mission Produce (AVO -1.63%). 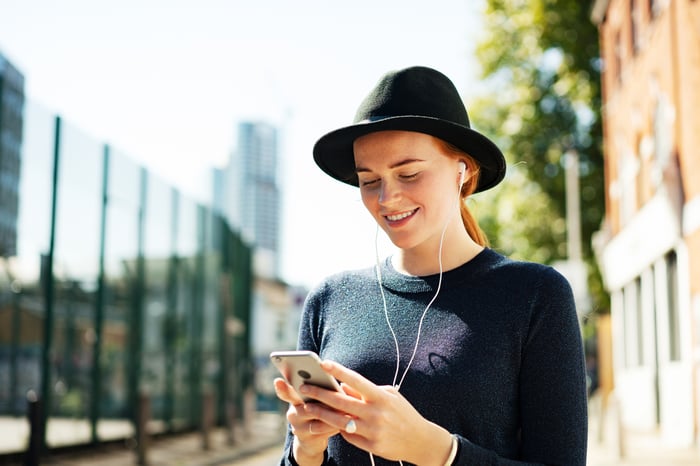 When Apple gives a keynote address, markets tend to sit up and pay attention. CEO Tim Cook and his team on Tuesday will be holding their September press event that's expected to include some of the biggest product launches of 2021.

Kicking off at 1 p.m. EDT, the keynote should feature a new array of iPhones and Apple Watches, according to Bloomberg. While its services division has been growing in importance lately, Apple needs to continue persuading smartphone users to upgrade their tech. That job may be easier this year, given that the new products are launching into an unusually favorable consumer environment.

Wall Street will get its first detailed look at Apple's iPhone models on Tuesday, and the company might also discuss refreshed AirPods, iPads, and MacBooks. And, while rumors typically catch many of these product features, you can usually count on a few surprises from the management team.

Investors have high expectations heading into Oracle's quarterly earnings announcement on Monday. The cloud software services giant enters its fiscal 2021 with strong growth momentum. Sales were up 8% in the previous quarter as enterprises found more reasons to scale up their cloud infrastructures. "Our Q4 performance was absolutely outstanding," CEO Safra Catz said in a press release.

But some investors are worried that Oracle may not get enough return on investment from its increasing capital expenditures. Other risks to the earnings outlook include rising competition in areas like relational database services. We'll get updates in both areas this week, along with some of management's most detailed comments to date about the outlook for the new fiscal year ahead.

Avocado producer Mission Produce will announce its third-quarter results on Monday, and investors are hoping to hear plenty of good news in that update. The company's last update showed persistent high demand for its core product. Volume spiked 22%, in fact. Yet average prices slumped 14% as competitors flooded the market with supply. That move pressured profits and produced a net loss for the period.

CEO Steve Barnard said in mid-June that prices appeared to be firming up heading into the early summer weeks even as demand rose. Those trends implied a potential strong second half of the year for Mission Produce, characterized by rising margins and accelerating sales gains.

We'll find out on Monday whether management was too optimistic back in June, or if instead the avocado craze persuaded major supermarket chains and warehouse retailers to continue stocking up on the popular fruit.