Shares of Helbiz (NASDAQ:HLBZ) soared 97% on Friday after the company struck a deal with FOX Networks Group.

Helbiz's new streaming service, Helbiz Media, possesses exclusive media distribution rights to the popular Serie BKT, the second-highest division in the Italian football league. Helbiz Media will now work with FOX to broadcast the Italian Serie B championship in the U.S. and the Caribbean live on its FOX Sports network. The partnership includes three games per week for the next three seasons. 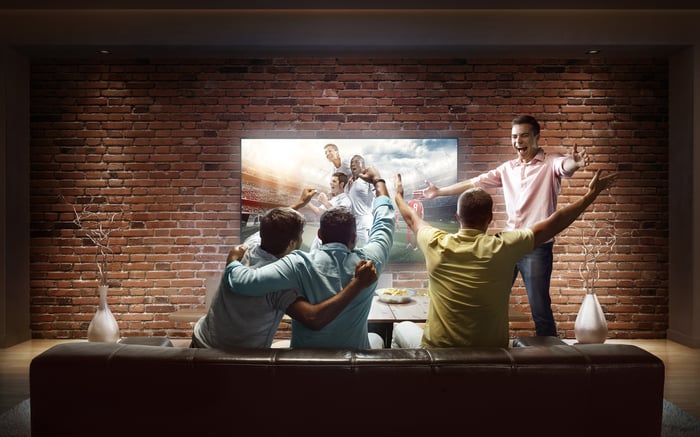 Serie B recently expanded its broadcast coverage in key markets in Europe, Latin America, and Asia. The league's executives have also been eager to reach the growing U.S. soccer market.

"This season has marked an enormous international growth of Serie B following the recent broadcast agreements announced in several countries on three continents," Lega Serie B President Mauro Balata said in a press release. "FOX and the North American market was the missing piece."

The deal is also expected to fuel the growth of Helbiz's live sports streaming business.

"The Serie B Championship could not find a better place to be broadcasted throughout North America," Helbiz Media CEO Matteo Mammì said. "This partnership represents a huge step in terms of coverage, potential reach, and editorial treatment for Serie B and expands the international presence of Helbiz Live."

Helbiz is known primarily for its micro-mobility services. Its AI-powered platform offers e-scooters, e-bicycles, and e-mopeds in 45 cities across the globe.

Yet Helbiz is also broadening the services it provides within its mobile app. Food delivery and financial services are some of the new markets it's targeting. And judging by today's gains, investors are particularly excited about Helbiz's new streaming initiatives.