The magazine publisher has been on the auction block and has attracted a well-heeled suitor.

Reports emerged late yesterday that the magazine publisher was in advanced talks to be acquired by IAC/InterActiveCorp (IAC -2.89%) in a deal valued at $2.5 billion. This was according to The Wall Street Journal, who cited the oft-quoted "people familiar with the situation. 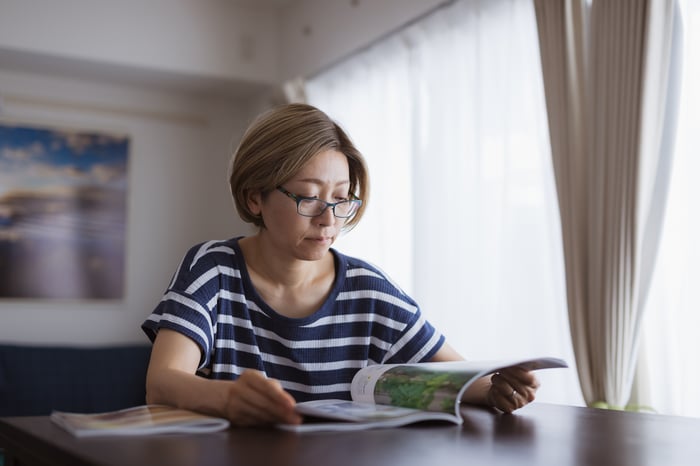 Owning Meredith, the publisher of such high-profile magazines as People, Better Homes & Gardens, InStyle, Entertainment Weekly, and Martha Stewart Living, would be a good fit for IAC. The acquisition would greatly enhance the company's existing stable of digital publications, which includes Brides, Serious Eats, and TripSavvy.

The move would also reinvigorate IAC's portfolio of holdings after the company spun off online dating kingpin Match Group in mid-2020 and video-sharing platform Vimeo earlier this year.

Meredith bet big on the future of the magazine industry back in late 2017 when it acquired legacy publishing giant Time in a deal valued at $1.85 billion. The acquisition gave it control of Time's 50 websites, 40 magazines, and 17 television stations.

However, Meredith decided to reduce its debt load and sold off many of the flagship names in the portfolio a short time later, including Time, Sports Illustrated, Fortune, and MONEY, while also focusing on its target demographic of American women. Meredith also sold its collection of 17 TV stations to Gray Television earlier this year for $2.7 billion.

The acquisition by IAC is by no means a done deal, as other suitors have been trying to reach an agreement. Private-investment firm The Najafi Companies has reportedly also been in the running.

However, with a potential bidding war on the horizon, investors are viewing this development as good news and have pushed Meredith's market cap up near the valuation of the reported deal.