The company's earnings fell short of expectations and its CEO is leaving.

Shares of Alnylam Pharmaceuticals (ALNY 1.58%) were tanking on Thursday after the company reported its earnings results for the third quarter. The biopharmaceutical company's stock is down 14.1% as of 1:34 p.m. EDT, likely due to the company missing revenue estimates for the quarter.

The company also announced its CEO, John Maraganore, will be retiring at the end of 2021. 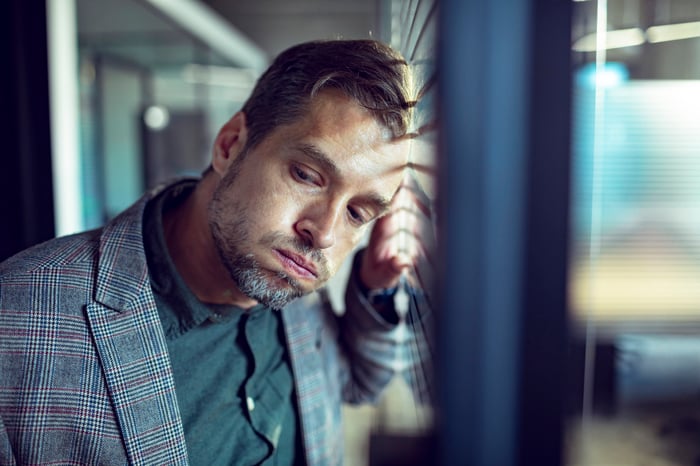 In the premarket this morning, Alynlam Pharmaceuticals released its results for the third quarter. Revenue came in at $187.6 million in the period, missing analyst estimates by a wide margin. The consensus estimate from Wall Street was for $221.4 million in sales last quarter. The company also posted a net loss of $204.5 million, or $1.72 per share, in the third quarter, which was also worse than what analysts expected. A combination of missing on revenue and earnings, especially for a stock that was up almost 60% year to date heading into the results, is bad news for a stock. This was the case for Alnylam this morning.

While the huge loss can be alarming for investors, Alnylam is a developer of RNA interference (RNAi) therapeutics and is investing heavily to build out its drug pipeline at the moment. In the third-quarter results, management highlighted four different drugs that are in the research and development phase for Alnylam to go with the four it already has on the market. Since it takes years of upfront spending to get drugs out into the market, it is not atypical for a company like Alnylam to be losing so much money like it did last quarter. With over $2 billion in cash on its balance sheet, Alnylam has a long time at its current burn rate until it runs out of money.

In conjunction with the Q3 report, Alnylam announced that its current CEO John Maraganore would be stepping down at the end of 2021, with current company president and chief operating officer Yvonne Greenstreet taking over. With Maraganore serving as CEO since 2002, this is not a surprising announcement, but investors tend to not like management shakeups in general, so this could have exacerbated the stock drop after the weak Q3 earnings report.

For long-term investors, one disappointing quarter and a CEO transition should not make you immediately sell your stake in Alnylam Pharmaceuticals. However, with a market cap of $19 billion and only $687 million in trailing-12-month revenue, investors need to expect this company to continue growing its current drug portfolio and research and development investments in order for Alnylam stock to perform well over the long run.