The company reported earnings results for the third quarter of 2021.

Shares of the auto insurance company Root (ROOT -5.37%) surged nearly 24% today after reporting earnings results for the third quarter of 2021.

Root reported a net loss of $0.53 earnings per share on total revenue of nearly $94 million. Both amounts beat consensus estimates, particularly on revenue. The consensus revenue estimate for the quarter was only about $60 million.

Gross written premiums of nearly $205 million jumped from $177 million in the second quarter.

Management also provided a more promising outlook on full-year results, saying that the company now expects operating income "on the favorable side of the mid-point of our original guidance of $(555)-$(505) million."

The company also said in its guidance that it expects 2022 to be a much better year that will result in a much smaller operating loss. 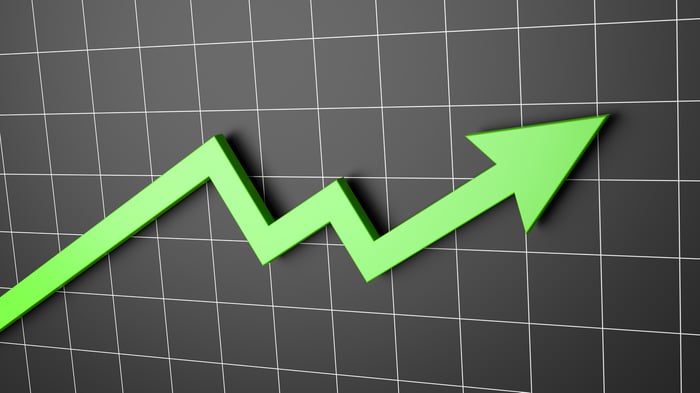 Since conducting its initial public offering (IPO) in October 2020, Root's stock is down more than 75% even after this recent bump. Now, nearly 19% of the stock's float is currently being shorted, according to Yahoo! Finance.

The company has an intriguing model that focuses on insuring better-than-average drivers. But Root still has a long way to go to reach profitability. I think, ultimately, it could trade with volatility for a while.

Root Is Down Big Since Going Public 8 Months Ago. Can It Bounce Back?
415%