Bitcoin's been on fire. Should you get in on the action?

It's been a hot year for cryptocurrency, and Bitcoin (BTC -0.66%) is no exception. In recent weeks, the price of Bitcoin has soared, leaving many investors to wonder whether they should dive in.

But is it the right time for you to be buying Bitcoin? Ask yourself these questions to find out. 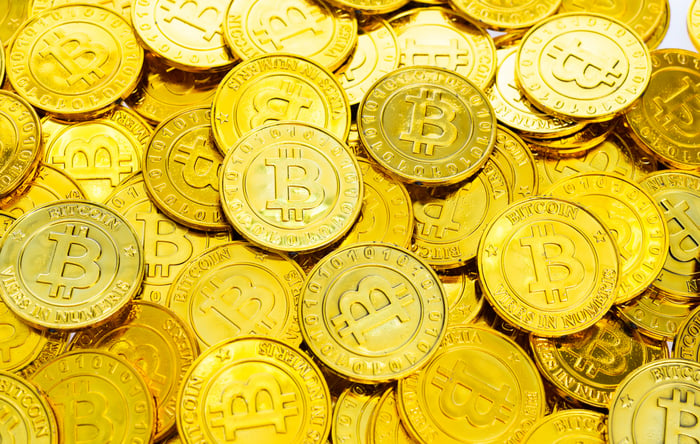 For some people, buying stocks is a scary idea, due to the risks involved. Bitcoin, however, can be an even riskier prospect.

Cryptocurrency, generally speaking, is more volatile than stocks, and the price of Bitcoin could swing drastically from one day to the next. That's something you'll need to make sure you can tolerate.

The danger of stepping outside your comfort zone from a risk perspective is that fear might lead you to make rash decisions that result in losses. Say you buy Bitcoin and its value plummets a few weeks after you add it to your portfolio. If that's the sort of news you can't handle, you may be tempted to unload your Bitcoin and lock in a loss in the process.

That's why you really need to make sure Bitcoin aligns with your risk-tolerance profile. And if it doesn't, that's OK.

2. Will Bitcoin lend to diversity in my portfolio?

Maintaining a diverse portfolio is a great way to grow wealth and protect yourself during periods of volatility. And owning Bitcoin could help in this regard. If you've yet to dabble in cryptocurrency and your investment mix only consists of different stocks, then buying Bitcoin will allow you to own a different type of asset that may not move directly with the stock market itself.

That said, since Bitcoin can be risky, you may not want it to make up too large a chunk of your portfolio. If you're just starting out with cryptocurrency, it's important to dip your feet in the water slowly rather than jump right in.

Also keep in mind that if you're not thrilled with the idea of owning Bitcoin, you can diversify your holdings with an asset like REITs (real estate investments trusts) instead, whose performance also doesn't necessarily correlate to that of the stock market.

3. Have I researched other digital coins?

As the first digital coin, Bitcoin is a popular choice for investors looking to dabble in cryptocurrency. And because Bitcoin has been around longer than other currencies, many investors are more comfortable buying it than taking their chances with newer currencies.

But that doesn't mean Bitcoin is automatically the right choice for you. And while it's done well lately, there's no guarantee that its winning streak will continue. Take the time to research other currencies before landing on Bitcoin as your default.

Bitcoin may be hot right now, but that doesn't mean it's the best place for your money. This especially holds true if you're feeling pressured to buy it because it's been in the news so much. There are plenty of ways to make money as an investor outside of Bitcoin -- and all cryptocurrencies, for that matter -- so you should only buy Bitcoin if it's something you're really excited about.