One tech dividend grower, one media turnaround, and a high-yielding MLP for you to buy today.

Investors sure love their dividends, but often, buying a high-dividend stock means buying companies when their prices are low. Low prices could be a sign of risk, but they could also present an opportunity.

The following three dividend stocks all look promising right now. One is a lower-payout but high-growth tech play, another is a turnaround candidate with big insider buying, and another can easily maintain its high yield in an out-of-favor sector. 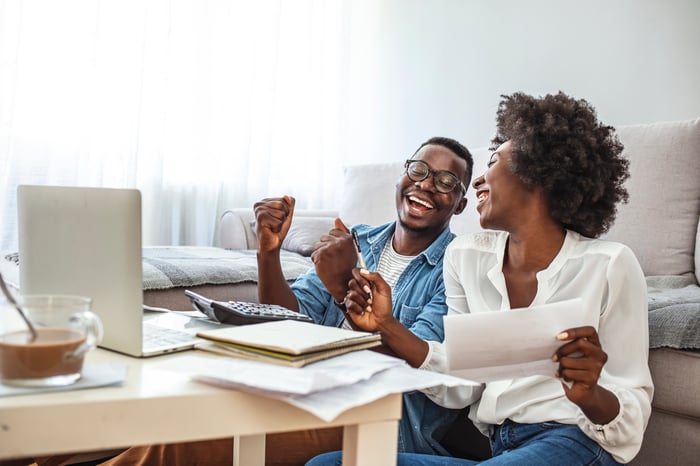 Lam Research: Its 0.9% yield should grow by leaps and bounds

While many dividend investors tend to focus on today's yield, long-term investors can reap massive payouts by buying a growth stock that can also raise its dividend every year. Case in point: Lam Research (LRCX -2.99%), a leader in semiconductor production equipment.

Lam initiated a quarterly dividend of $0.18 back in 2014, and just seven years later, that quarterly dividend has already reached $1.50, a 733% increase! Yet even today, Lam's dividend payout ratio is only 18.2%, meaning it has ample room to grow. Oh, and by the way, Lam's stock price has done quite well too, up over 500% in just the past five years.

Lam had seen its share price sag this summer, as investors have feared the booming memory chip market was due for a breather. Lam makes a large proportion of its machines for the production of NAND flash memory.

However, on Friday, Evercore ISI analyst C.J. Muse named Lam as one of his "top picks," as he thinks concerns over the memory cycle are overblown, writing, "From an investor positioning perspective, we note investors are generally eager to get back into memory for anticipated outperformance in 2022 but are not there today. ... So when the turn comes, we think it will be fast and furious."

That note sent Lam shares up about 1.4% on Friday, but shares are still about 5% below all-time highs. Of course, Lam will probably make new all-time highs as the semiconductor industry grows over the next decade, and its 0.9% dividend payout should continue to grow handsomely along with it.

Next up is a bigger dividend and a very cheap turnaround story: ViacomCBS (PARA 2.94%). Many view ViacomCBS as "legacy media" that will struggle in the new age of streaming giants. But don't tell that to CEO Bob Bakish or Chairman Shari Redstone. On Nov. 8, Bakish purchased half a million dollars' worth of stock on the open market at $35.91, while on Nov. 5, Redstone purchased about $1 million at an average price of $36.30. That's a bit above where shares reside today.

Because of concerns over the streaming threat, ViacomCBS trades at a just nine times next year's earnings estimates -- a valuation for a company in decline. Yet Viacom's streaming division is showing explosive growth. Last quarter, ViacomCBS's streaming revenues, which encompass Paramount+, Showtime, and the free ad-supported PlutoTV, surged 62% year over year to exceed $1 billion in quarterly revenues for the first time.

Meanwhile, the company's legacy TV operations are showing some impressive stability. The legacy broadcast and cable divisions saw 1% advertising growth, despite a lack of political ads this year, and 2% affiliate fee growth thanks to price increases. Licensing revenue, in which CBS and Paramount studios produce film and TV shows for other platforms, grew 18%.

Streaming revenue now makes up about 16% of revenue and is set to increase as all the company's streaming platforms show no signs of slowing. In fact, ViacomCBS just issued a press release saying Paramount+ had its "best week ever," last week, setting a record for signups as well as engagement.

Sure, there will be some cannibalization of the company's legacy TV assets as streaming surges, but streaming growth, especially internationally, could also be somewhat incremental. If so, ViacomCBS earnings could surprise to the upside in the coming years.

Crestwood Equity Partners: a 9% yield that's about to increase

Finally, shale midstream company Crestwood Equity Partners (CEQP -0.87%) may be an overlooked name in the U.S. oil and gas patch. The company has gathering and processing assets as well as midstream pipelines across the U.S., with a strategic focus on the Williston basin in North Dakota, Delaware Basin in Texas, and Powder River basin in Wyoming.

Crestwood has been run very well and seems both cheap and under-levered today. Crestwood's debt to adjusted EBITDA ratio came in under 3.5 last quarter, which is pretty conservative for a midstream operator. Even more tantalizing: The company's juicy 9% dividend is covered more than two times over by its distributable cash flow. That leaves enough cash leftover for debt paydowns, acquisitions, or even a share repurchase, for which the company currently has a $175 million authorization -- about 10% of the current market cap.

What's even better? That dividend is set to rise, pending the recently announced acquisition of midstream peer Oasis Midstream Partners (OMP). Oasis has a complementary asset base in North Dakota and Texas, and the acquisition is projected to yield some $45 million in synergies, increasing cash flow per unit. Crestwood's management stated that upon closing of the deal, management would increase the distribution per unit 5% to $2.62 annually, up from $2.50 today.

The last few months of rising oil and gas prices has shown that while cleaner energy sources will grow faster in the decade ahead, there will still be a need for oil and gas production from low-cost, readily accessible sources for quite awhile. Crestwood is consolidating assets in proven U.S. shale regions, and its bargain-priced stock should please yield-seeking investors looking to protect against rising energy prices.