Please ensure Javascript is enabled for purposes of website accessibility
Log In Help Join The Motley Fool
Free Article Join Over 1 Million Premium Members And Get More In-Depth Stock Guidance and Research
By Justin Loiseau - Jan 1, 2014 at 8:28AM

No nation is perfect, but these three countries take the corruption cake.

The United States has its fair share of scandals. But when it comes to corruption, there are plenty of other countries that leave the U.S. in the dust. Here are the three most corrupt countries in the world.

Global watchdog organization Transparency International gathers data from more than a dozen respected international organizations and businesses to answer a seemingly simple question : How corrupt is my country?

It's a global issue. No country is flawless, and over two-thirds of countries clocked in below 50 out of a total of 100 points. 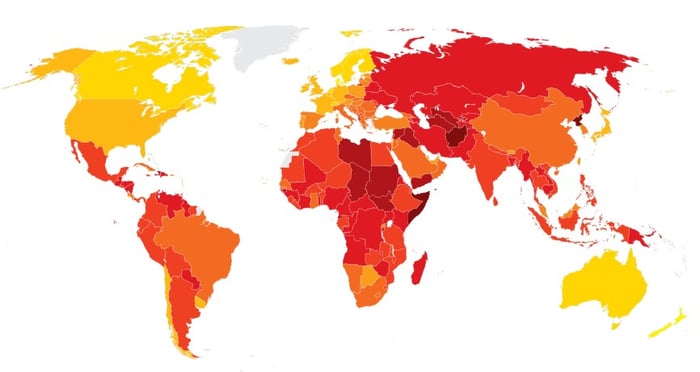 Corruption must be a competition for some countries, because the worst three tied for last place out of 177 countries . 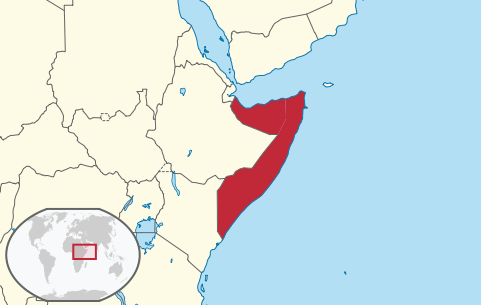 Somalia is one of the terrible trio. The easternmost country of continental Africa, this country is perhaps most infamously known for its modern-day pirates. The United Kingdom's Department for International Development refers to it as the "most fragile state in the world," and notes that the country hasn't had a functioning government for more than 20 years . 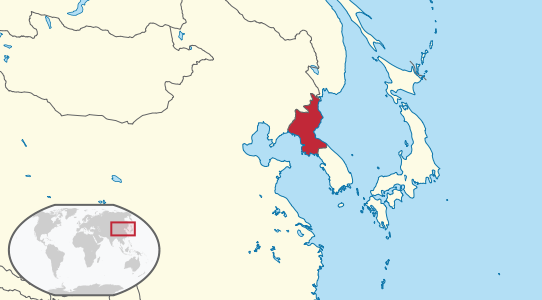 Kim Jong-un and his military leaders rule with an iron fist. A New York Times article recently revealed that Jong-un used anti-aircraft machine guns to execute two of his dissident uncle's top lieutenants , but the more telling stories may be the ones that are never told. Corruption begins with disinformation, and North Korea remains an enigma to most human rights organizations and foreign countries.

While Somalia is without a government and North Korea is saddled with a heartless one, Afghanistan has many governments pushing and pulling this corrupt country in different directions. According to the Stars and Stripes, an independent U.S. military news source, corruption is an ongoing problem:

Twelve years since American forces knocked out the Taliban regime in 2001, corruption in Afghanistan remains rampant and seems to be getting worse.... From traffic police to high level officials, graft has become commonplace at every level of Afghan government and has sapped public support for the central administration, even as it needs it most.

As foreign troops continue their withdrawal, Afghanistan will continue to be faced with issues of corruption. As different rulers, from the current government to the Taliban, jump in to fill the void of foreign peace-keeping and leadership, corruption will be both a weapon and a toll to maintain or grab power.

Somalia, North Korea, and Afghanistan may seem like countries on the other side of the world – and they are. Literally. But figuratively, corruption halfway around the world can hit close to home.

While Somalia's last recorded GDP was just $910 million in 1990 , the single pirating of an oil tanker in 2011 represented 20% of one day's crude oil imports, a move that tanker owners say could "severely disrupt oil flows to the rest of the world ."

As President Obama proposes to "pivot" foreign policy to Asia, North Korea is quickly becoming the Vietnam of the 21st century. Fierce animosity and sporadic military conflict is a common thread throughout Asian history , and the Chinese-North Korean alliance continues to play yin to Japan and South Korea's yang. Add in nuclear weapons development, close ties to the Middle East , and a Japanese decision last week to boost military spending significantly , and you're left with a ticking foreign policy time bomb.

In Afghanistan, the country where Operation Enduring Freedom has endured since Oct. 7, 2001 , 2,295 U.S. military men and women have lost their lives . While more difficult to calculate, The Nation estimates that 6,481 Afghan civilians were killed between 2001 and 2012 . And in the first 10 years of U.S. operations in Afghanistan, the U.S. government spent $444 billion .