Many times, when people consider a job offer, they focus only on salary. That's a mistake because while how much you make is important, it's not reflective of the full compensation you'll be receiving.

It's important to negotiate the salary you want, but it's also necessary to make sure you get certain benefits. Health insurance, paid vacation, and sick days all affect your income in different ways, and not having any of them can cause you real problems.

Most companies will offer some of the benefits, but not every one will offer all of them. Of course, nothing is absolute. If a company doesn't offer health insurance but offers you well more in salary than one that does, you may still take the job. In most cases, though, aside from extreme situations, these benefits are the bare minimum of what you should be looking for. 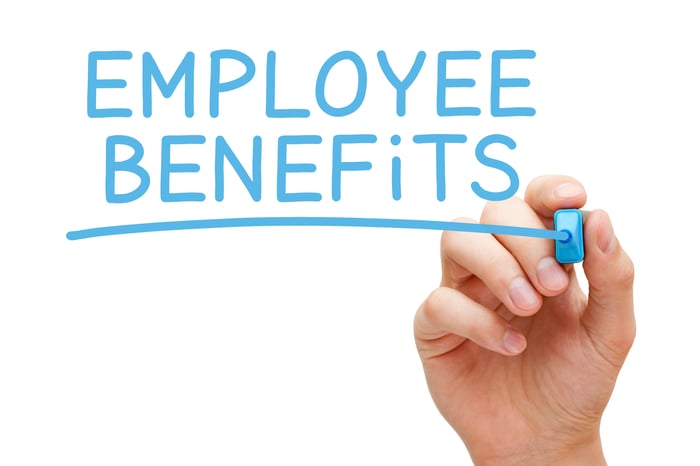 The cost of health insurance varies widely based on where you live, how old you are, and other factors. On a national level, according to an article by my colleague Selena Maranjian, "our nation's healthcare costs recently topped $3 trillion, accounting for more than 17% of our gross domestic product (GDP). Per person, that's about $9,900, with much of it paid out of pocket."

It's not only important that your employer offer health insurance, but what plan and how much is covered matters as well. For example, my wife works for a nonprofit that covers her insurance entirely, but having our son on her plan is at our expense. (I have coverage elsewhere.) In some cases, employers pay a set amount, a percentage, and sometimes really good ones cover everything for not just you, but also your family.

In addition to knowing what the employer will pay and what you will pay, it's also important to examine the plan itself. Look specifically at the deductible (the amount you spend out of pocket before coverage kicks in), as well as what you get that's not related to that number. My plan, for example, covers a physical and two walk-in visits unrelated to my deductible. You should also look at co-pays (the amount you pay even for covered services) and what the drug benefits are.

When I worked for a major technology company as a vendor, many of the agencies that employed me and my colleagues didn't offer paid time off. Even though the jobs were 40 hours a week, eligible for overtime, and generally pretty demanding, there was no rule stating we had to be given time off, so in many cases we weren't.

The agency I worked for was an exception. It chose to let its contractor bank a small amount of time of for each week worked, about the equivalent of two and half weeks of vacation a year. Offering that perk probably hurt the company's bottom line, because we weren't paid less an hour, nor did we get worse health benefits.

Not having paid time off put many of my colleagues employed by other agencies in a tough position. They could take time off -- the big company we worked for was fine with that -- but if they did, they lost out on getting paid. That meant a lot of people worked for a full year without a break.

It's easy to see why that's a bad idea and why no company should want that. An employer who expects you to never need time is either unrealistic or downright mean.

Access to paid sick days varies greatly, depending upon what type of workers you are, according to a 2010 report from the Bureau of Labor Statistics (BLS). These numbers have almost certainly changed since then, but it's still fair to say not every worker gets paid sick leave.

In many ways, whether a company offers paid sick days is a way to gauge whether it cares about its employees. A good company doesn't want a sick worker coming in and getting co-workers or customers sick, while a bad one doesn't care about either.

There are cases when a company simply offers a bank of paid time off instead of specific vacation and sick days. If that happens, you have to consider how much time you get. If you expected two weeks of vacation, five sick days, and two personal days, then 20 days of paid time off is actually a better deal, but 15 wouldn't be.

The same might be true for health insurance if a smaller company doesn't provide it but does offers a stipend to go out and get your own plan.

These are not hard and fast rules, and the company you work for may offer reasonable equivalents.