After six months of slowing wage growth, August turned out to be a pleasant surprise.

Workers in the United States saw their annual median base pay grow by 2% year over year for the month of August, rising to $51,556, according to the Glassdoor Local Pay Reports. That's an improvement over July, when wages increased by only 1.7%, but still below January's peak of 3.4%.

"We will be watching eagerly to see if this starts a trend in the opposite direction," said Glassdoor Chief Economist Andrew Chamberlain. "We are also closely watching retail, and while the holiday season is still months away, retailers are already making preparations to fill short-term positions in time for the holiday buying rush."

Jobs in retail have experienced above-average growth at least in part because of heavy demand for workers. Glassdoor shows more than 614,000 openings on its website if you include not just in-store positions like cashiers, warehouse workers, and store managers, but also jobs that support retail like truck drivers. 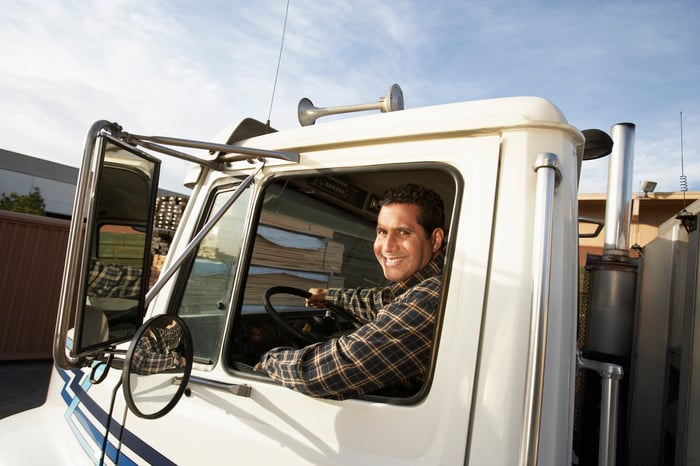 What jobs saw the biggest increases?

"We continue to see pay growth rise for truck drivers, in part because of increased demand for the rapid transport of consumer retail goods that have been purchased online," said Chamberlain. "While there is some concern that in the future self-driving trucks may negatively impact truck driver jobs, it's not happening today."

Not every job shows wage growth

While it's good to be a truck driver, attorneys suffered the biggest decline in wage growth in August. To be fair, even with a 3% drop, the median salary for lawyers comes in at $92,241 a year.

"There has been a huge oversupply of law school graduates in recent years compared to how many traditional positions are open, and a lot of new lawyers are not finding jobs with law firms," said Chamberlain. "Instead, many are heading into more general business management, roles with nonprofits, journalism, government, or public policy."

A labor shortage may be here

The American work force may simply not have enough workers to go around. Given that the unemployment rate sat at 4.3% in July, a tie for its lowest in a decade (with May 2017 being the only other month to equal that rate), it's possible that labor shortages will force wages higher.

That could push more companies to pursue automation. In theory, that could impact everything from retail and factory workers to truck drivers (although cashier-free checkout is a bit easier to bring about than driverless trucks).

This holiday season could be very positive time for U.S. workers, but higher wages could be temporary. Automation is not quick to implement, but once it happens those jobs don't come back. It may be years or even longer before the impact truly hits, but automation is already being used by retailers including Amazon and fast food chains including McDonald's.

Rising wages and a lack of workers to hire even at higher prices might be the tipping point for automation. That could make both the turnaround in wage growth and the low unemployment rates relatively short-lived.

Which Jobs Have the Fastest Wage Growth? @themotleyfool #stocks Next Article
Current