"Do you have a business card?" If you're heading to an industry conference, get ready to be asked that question dozens of times. Industry conferences are the ultimate networking opportunity, giving you the chance to mix and mingle with the most relevant professionals in your field.

Buckle up your briefcase and make sure your Starbucks card is fully loaded because once you arrive, it'll be a nonstop circus. Early-morning meetings followed by presentations and keynote speeches fill your day, and cocktail parties, after-parties, and after-after-parties will ensure you don't get to bed until the wee hours.

Before you head to the airport, make sure you're prepared to maximize your time with these networking tips. 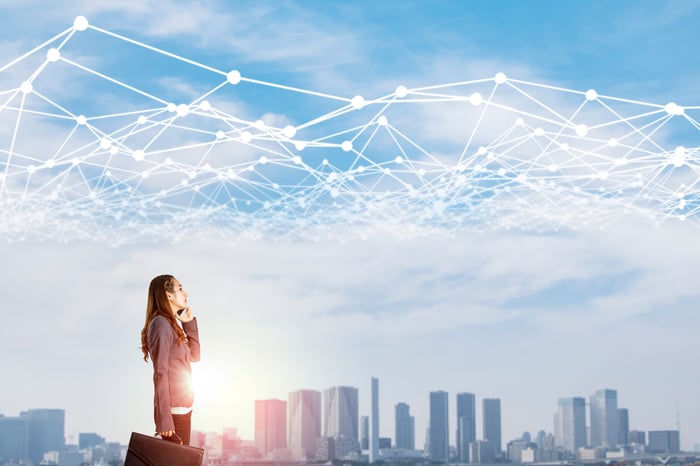 Don't be afraid to introduce yourself

You'd be surprised how many people are willing to have a conversation with you. Set yourself up for success before you even get to the conference by reaching out to people you hope to meet at the conference. In a concise email or LinkedIn message, explain why you'd like to make the connection, and ask if you can take them to lunch, have an interview, or even just grab coffee. The worst they can say is no. Having a few meetings planned beforehand can boost your confidence and set the stage for successful networking at the conference.

If you're unable to lock down time with someone you're interested in speaking with beforehand, there's still a chance you'll be able to make the connection at the conference itself. Don't be afraid to walk up to someone and introduce yourself. Even if they don't have time for a long conversation, putting a face to your name will increase your chances of a more thorough meeting down the road.

Also, don't discount the value of talking to someone you don't recognize. If you're going to spend some time standing in line next to someone or sitting next to them at a meal, introduce yourself right off the bat. You never know what interesting connections you'll make this way. Similarly, if a presenter strikes you as particularly interesting, stick around afterward. As the crowd thins out, you'll likely be able to approach and shake the presenter's hand.

Be prepared with some go-to questions for getting the conversation flowing. Fortunately, you have something in common with every single person at the conference: the conference itself. "What did you think of Bill Gates' keynote?" and "What's been your favorite part of the conference so far?" were my staples at the recent J.P. Morgan Healthcare Conference. Great questions are open-ended and require a response longer than a word or two.

You'll also want to make sure your elevator pitch is in tip-top shape. You can expect to answer the same set of questions repeatedly, so enure you aren't stumbling to explain where you're from and what you do in a compelling way.

But enough about you. Think through what types of people will be at the conference and what each of their goals are. You can provide the most value to people when you know what it is that they are seeking.

Something just about everyone wants? To talk about themselves. Listen actively, ask good follow-up questions (again, open-ended!), and make a point to remember details. The impression people have of you is a less about what you say and more about how you make them feel.

Have a plan for exchanging business cards

The business card is the quintessential networking prop. Make sure to have more business cards than you think you'll need on you at all times, and put them somewhere quickly accessible. Also, have a plan for dealing with the cards you receive in exchange. I suggest creating a spreadsheet with columns for name, title, company, email address, and notes on how you met each contact. Update it daily before you forget which card came from which person.

Don't forget to connect digitally as well. Add new connections on LinkedIn with a note mentioning something specific from that memorable conversation you had. Small personal touches go a long way, and new contacts will appreciate a thoughtful follow-up email. If you're active on social media, conferences are also a great way to grow your audience. Use the official conference hashtag, and join the online conversation throughout the event.

One of the hardest parts of nailing a networking event is gracefully exiting conversations. Talking to the same person all night might be easy, but it's not nearly as productive as having multiple shorter conversations. When you're ready to leave a conversation, you can ask your new acquaintance to introduce you to a colleague, or you can bring in a third person and then excuse yourself once they get to talking.

And how exactly do you politely pull away? There's a limit to the number of times you can fake having to use the restroom in an evening, so I like to use a trick I was taught by my business-savvy aunt. When you grab your first drink at an open bar, tip the bartender generously and ask that each time you come up for a refill, they only pour a half glass. Aside from keeping your wits about you, you'll also benefit more frequently from a well-accepted reason to leave a conversation: needing a refill.

Take the work out of networking

When done right, conferences are an unbeatable opportunity to make new connections and deepen existing professional relationships. The wider your circle is, the easier it is to expand it further. Once you get rolling, you'll even find that networking with so many people who share your same interests can actually be a blast!