Don't let the tax implications of self-employment catch you by surprise.

For most of my adult life, I've been an employee. After college, during which I worked various bartending jobs, I started a career as a high school math teacher and continued to do that until I was in my 30s.

To say that the tax issues that affect employees and self-employed individuals are different is a major understatement. And, unfortunately, I was woefully unprepared for the differences when I decided to leave my full-time career. As a result, I learned a lot of the differences the hard way when I made the transition to self-employed life several years ago.

If you're planning to join the "gig economy," open your own business, or otherwise earn money outside of a traditional employee-employer relationship, here are four self-employed tax concepts you should learn before you fill out your next tax return. 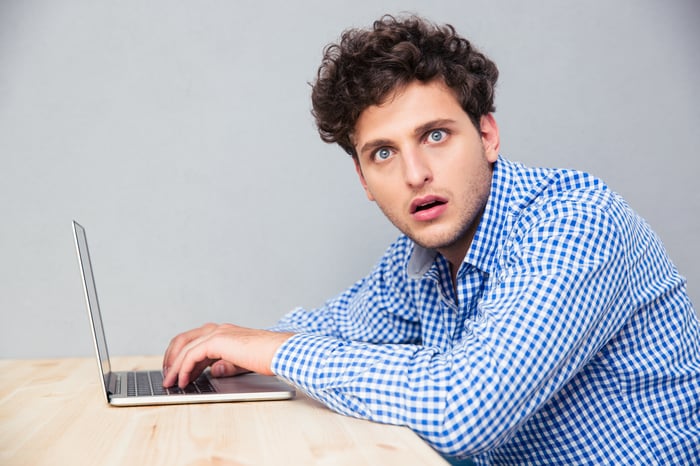 It's not just income tax that you'll need to worry about

The first income I ever earned as an independent contractor was for work at an after-school tutoring center in Key West, Florida. Over the course of the first school year I tutored students there, my after-school income was about $7,000.

Here's how I figured it, tax-wise. I was single at the time, lived in a state without an income tax, and was in the 15% tax bracket and would remain there even after adding $7,000 to my income thanks to deductions I could claim. Fifteen percent of $7,000 is $1,050, so I figured that would be my additional tax hit.

However,  I had no idea at the time that there was a self-employment tax designed to cover Social Security and Medicare taxes, which are normally split between employers and employers. Self-employed individuals are considered to be both, so they are responsible for both sides.

I won't go into a lengthy discussion of how the payroll tax works, but here's how self-employment tax works for 2018:

Needless to say, this can add a hefty sum to your tax bill. When combined with federal, state, and any local taxes you have to pay, self-employment income can be taxed a lot more than you may think.

Nobody is going to withhold your taxes for you

When I made the transition from an employee to being self-employed, this was the biggest change by far. Most employees never even think about paying taxes during the year -- their employer's payroll processor simply does it on their behalf. And during my first year of freelance writing several years ago, while I was still working a full-time teaching job, I was still in this mind-set. I simply figured that the taxes withheld by my full-time job would be sufficient, or at least close.

How wrong I was. I ended up owing the IRS close to $5,000 at tax time, thanks to my failure to adequately plan for the additional income that would catapult me into a higher tax bracket as well as the self-employment tax I'd owe on my freelance income.

If you're new to the self-employed life, do yourself a favor and start setting money aside for taxes each time you get paid.

It's also important to realize that paying your tax bill along with your tax return isn't good enough and can result in a pretty large penalty.

If you're self-employed, you're supposed to make quarterly estimated tax payments to the IRS throughout the year -- similar to how an employer would withhold money from your paycheck until tax time. In other words, if you'll owe the IRS $10,000 in taxes for the 2018 tax year, you aren't supposed to simply pay that amount in April 2019 when you file your tax return. Instead, the IRS wants you to send $2,500 every three months during the 2018 tax year.

If you don't do this, the penalty is essentially interest for not paying the taxes when you were supposed to. You can avoid the penalty if you owe less than $1,000, paid at least 90% of your actual tax through estimated payments and withholdings, or if you paid at least 100% of the prior year's tax shown on their return.

On a positive note, you may be entitled to some lucrative tax deductions

So far, this has all been somewhat negative -- things you now have to do, or ways your taxes could be more than you expect. However, self-employment tax implications aren't all bad.

Specifically, self-employed individuals may qualify for certain tax deductions that can slash their tax bills tremendously. Just to name a few:

The key takeaway is that there's a lot more that you'll have to consider tax-wise as a self-employed individual than you do as an employee. So, do yourself a favor and familiarize yourself with these things before you leave your full-time job, or at least before you file your first tax return with self-employment earnings.