Please ensure Javascript is enabled for purposes of website accessibility
Free Article Join Over 1 Million Premium Members And Get More In-Depth Stock Guidance and Research
By Daniel B. Kline - Jul 3, 2019 at 7:02AM

The number of positions open has been growing, but not all areas are equal.

The booming job market hasn't hit all markets equally. Even though there are over 5.65 million jobs open in the United States -- pretty close to the peak of 5.81 million in April 2019 -- trends suggest that hiring may be slowing down and wages might be flattening out.

That may be because some companies have chosen to give up. If you can't fill a position, or can't fund a quality applicant for your opening, it might make sense to either wait or find an alternative way to get the work done. 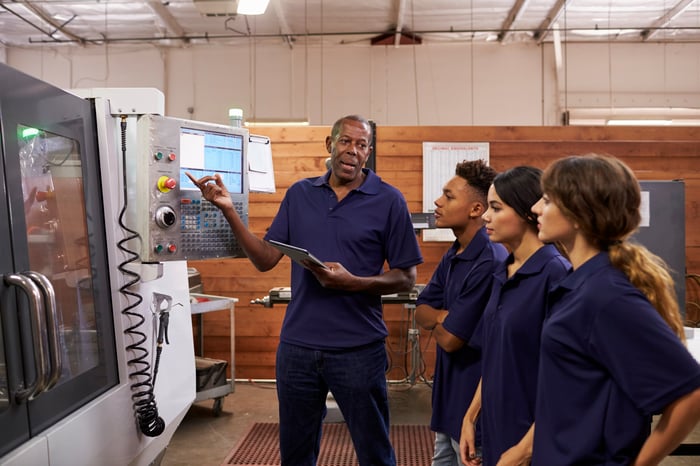 Where should I look for a job?

That doesn't mean growth has stopped. Both wages and openings continue to increase, according to the most recent Glassdoor Economic Research's Job Market Report. That study, which is based on the online job site's millions of pieces of data, shows that some major U.S. geographic areas have more openings and/or faster salary growth than others.

Here's what the growth in job openings and pay across 10 major U.S. metro areas looks like.

There are a number of trends behind this data. The most important might be that jobs in transportation and logistics have grown by 49%, driven by increasing demand from retailers. Manufacturing, conversely, has shown a 13.4% decrease in openings.

"The risks of escalating trade tensions with Mexico and China have dampened employer sentiment and hiring plans in the manufacturing industry, as reflected in several weak [Federal Reserve] surveys in June," according to the Glassdoor report. "Additionally, as job openings are a forward-looking indicator of employer confidence, the decline in job openings signals that the broader slowdown in manufacturing may not be over."

It's also worth noting that small businesses have seen the largest increase in job openings. That's largely because it's harder for smaller companies to find people to hire.

While you shouldn't move to an area because it seems like there are a lot of job openings there, you might target your search in markets with more openings. Do your homework and use all the available data to figure out which areas have the most openings you might be able to fill.

It may make sense to move for a job if moving brings you a better salary and more long-term opportunity. Of course, you also need to figure in the cost of living. San Francisco, for example, has a lot more technology openings than most markets, but it also has sky-high living costs. Look at the whole picture and search in markets where you could live and work happily.