Please ensure Javascript is enabled for purposes of website accessibility
Log In Help Join The Motley Fool
Free Article Join Over 1 Million Premium Members And Get More In-Depth Stock Guidance and Research
By Daniel Sparks – May 26, 2016 at 2:11PM

What specific features will keep reservation-holders from canceling their Model 3 orders?

It's already clear there is intense interest in electric-car maker Tesla Motors' (TSLA 1.72%) March-introduced Model 3. As of last count, the company had garnered about 373,000 deposit-backed reservations for the vehicle. But how many of these reservation-holders, who could choose to cancel their reservations and receive their deposit back at a moment's notice, will actually follow through and order the vehicle when the company begins deliveries toward the end of next year?

After riding in the Model 3 myself, I think the vehicle includes the features it needs to deliver on the initial hype. Here are three features that stand out as significant differentiators and should help demand remain robust.

1. It's fully electric. With nearly 50,000 miles of Model S ownership under my belt, and during a period in which this has been my family's sole vehicle, I can speak personally about some of the reasons some consumers might choose a fully electric car.

Here are the most notable benefits:

2. It's designed for optimal space. In addition to its large rear trunk, Tesla promises a front trunk in the Model 3, too. This is something no other automaker has been able to imitate yet. Further, Tesla says the Model 3 has more cargo capacity than any car of the same external dimensions.

Also, the Model 3's rear, all-glass roof provides plenty of head room for adults. Even the foot space seems at least as spacious as in the Model S. 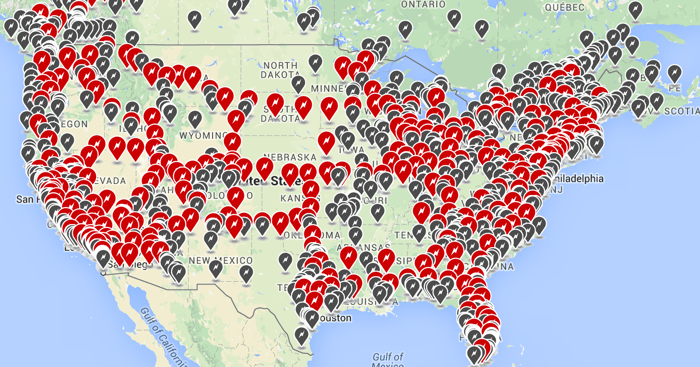 At Tesla's Superchargers, owners can charge about 170 miles in as little as 30 minutes. Located on major routes and usually in areas where food, bathrooms, and Internet are nearby, they make long-distance travel easy.

And these locations are only going to continue to proliferate. In anticipation of Model 3 deliveries, Tesla CEO Elon Musk said the company is doubling its Superchargers and quadrupling its Destination Chargers by the end of next year.

Tesla hasn't yet said if Supercharging will come standard on Model 3. In the past, Tesla has sometimes opted to charge buyers of its lower-end Model S versions an upfront fee of about $2,000 to get lifetime access to charging on the network. Currently, though, Supercharging access comes standard with all Tesla vehicles.

Tesla has said  all Model 3 vehicles will at least include the hardware for Superchargers.

More reservations on the way?

With selling points like these, I believe Tesla's 373,000 reservations for its Model 3 may only be the tip of the iceberg.

Investors should keep in mind that this level of reservations was achieved with very little effort. Management explained exactly what went into garnering these reservations in a recent SEC filing:

We have obtained this level of reservations without any advertising or paid endorsements, with only a few social media posts leading up to the March 31st unveiling, without anybody but those who were in attendance on March 31st having had an opportunity to test drive the car, without yet publicly disclosing numerous features about the car, and with almost no attempt to drive customers to make Model 3 reservations since the week following the March 31st unveiling.

And, as Tesla notes, the company could "further increase the number of Model 3 reservations with minimal effort," but Tesla believes "it is better to guide customers to purchase products currently in production."

As long as Tesla can follow through on its ambitious production plans to build 500,000 vehicles per year by 2018, or at least get to this level by 2020, Model 3 looks poised to be a hot seller.