Please ensure Javascript is enabled for purposes of website accessibility
Log In Help Join The Motley Fool
Free Article Join Over 1 Million Premium Members And Get More In-Depth Stock Guidance and Research
By Cory Renauer, Cheryl Swanson, and Brian Feroldi - May 27, 2016 at 3:47PM

Some of the market's best bargains are in biotech. Here are a few that deserve your attention. 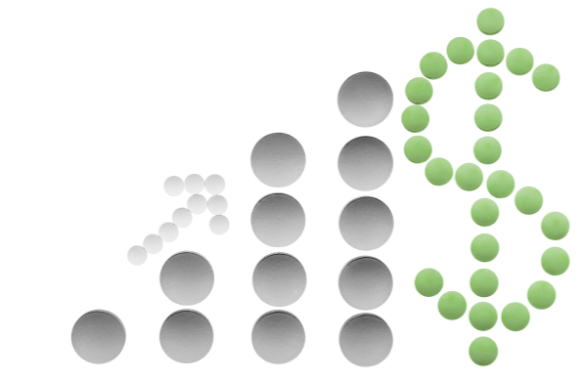 It's been a particularly rough year for most biotech stocks. While the broad market has mostly recovered from its first-quarter plunge, the iShares Nasdaq Biotechnology ETF (IBB 2.16%) is still down more than 18% since the year began.

Those of us ready to hold on for the long haul know there are bargains galore in this industry. We asked three Motley Fool contributors which biotech stocks they think deserve a closer look. Here's what they said:

Biotech stocks have been out of favor for the better part of a year, causing even the strongest and most profitable companies from the sector to trade at sizable discounts to their 52-week highs. That makes right now a great time to go bargain hunting, and I've personally got my eye on Alexion Pharmaceuticals (ALXN).

Alexion's stock has been on a monster run over the past decade thanks to the massive success of Soliris, its extremely expensive drug that treats two ultra-rare diseases. Sales of Soliris jumped 11% last quarter on its continued worldwide rollout, and the results would have been even higher if you exclude currency movements.

I think that the odds are quite good that Soliris will continue to grow for the foreseeable future. The drug is currently in late-stage trials for four new indications, and investors should expect updated clinical data throughout the year. If any one of these new indications pan out, then it will open up new growth avenues for Soliris, propelling Alexion's top line higher.

But there's more to Alexion's growth story than just Soliris. The company is currently rolling out two new enzyme replacement drugs -- Strensiq and Kanuma -- that should add even more fuel to Alexion's growth engine. Management expects these newly launched drugs will show total revenue of more than $180 million in 2016, and over the long term, sales could eclipse $1.7 billion.

Alexion continues to invest aggressively in its early-stage clinical programs, too. Right now the company has 30 programs in the preclinical phase, all of which target rare diseases. While many of these programs are not likely to ever see the light of day, they give investors options if any of them do.

For the full year, Alexion management is forecasting earnings per share to fall within the $5.00 to $5.20 range. If the company can hit the low end of that range, then its shares are currently trading hands for about 29 times full-year earnings. Given the company's strong competitive advantage and opportunity for fast growth ahead, I think that shares are a bargain.

When it comes to small-cap biotechs, there's almost nothing better than having a potential first-in-class drug in your pipeline that addresses a major disease. Lexicon Pharmaceuticals (LXRX 4.30%) is a stock I bought recently because it may have exactly that in its diabetes drug, sotagliflozin. What makes the drug so exciting, and likely the reason Big Pharma Sanofi jumped aboard with a partnering deal worth an eye-popping $1.7 billion in milestones last November, is sotagliflozin's dual mechanism pathway.

There have been similar drugs, called SGLT-1 and SGLT-2 inhibitors, launched in the rapidly evolving field of glycemic control. Those include Invokana from Johnson & Johnson and Farxiga from AstraZeneca. But competing drugs work via only one pathway -- either blocking glucose absorption in the intestines (SGLT-1) or via the kidneys (SGLT-2). Lexicon's drug has the advantage of targeting both SGLT-1 and SGLT-2. Blocking both pathways could provide superior glycemic balance -- no doubt why Sanofi latched on with such a huge dangling carrot.

Another big catalyst in the offing for Lexicon is the pending release of its first commercial drug, telotristat. Assuming it gets the Food and Drug Administration nod, telotristat should launch by year-end, making it the first new drug on the market in 16 years for carcinoid syndrome, a disease associated with neuroendocrine tumors. Morningstar pegs telotristat's global peak annual sales topping at $500 million.

There's plenty of risk inherent in any clinical-stage biotech, and Lexicon is only for those with an interest in speculative, high-risk stocks. But if you're in search of a clinical-stage biopharmaceutical that checks all the boxes for a biotech with a big future, Lexicon Pharmaceuticals is worth a closer look.

One of the biotech stocks I'll be watching this June is Celgene (CELG) as it heads into this year's American Society of Clinical Oncology meeting with dozens of studies to present.

Of particular interest is how well its aging injectable chemotherapy, Abraxane, performs in concert with Roche's recently approved Tecentriq in a group of extremely difficult to treat group of breast cancer patients.

Tecentriq is a generally well-tolerated drug that makes it difficult for tumor cells to hide from the immune system. Adding it to an Abraxane regimen might be a way to boost the chemo drug's efficacy without significantly increasing patients' risk of side effects. An approved combination could also boost sales of Abraxane, which have been mostly flat over the past year but still made up about 9% of Celgene's product sales in the first quarter.

Roche's Tecentriq isn't the only emerging immuno-oncology therapy Celgene has been testing in combination with its existing lineup. The company will also present data from its best-selling multiple myeloma therapy Revlimid in combination with Merck & Co.'s Keytruda at the same conference. In the quarters ahead, we might even see results from several combination studies Celgene is conducting with AstraZeneca's durvalumab, a still-experimental therapy in the same class as Tecentriq.

Combo studies breathing new life into Celgene's aging lineup is only part of this biotech stock's appeal. When considering a position in Celgene, its new and emerging drugs are even more exciting. Although previously a cancer-focused company, first-quarter sales of its psoriasis pill, Otezla, rose 224% over the same period last year to $195.6 million.

Otezla won FDA approval for treating the wider psoriasis patient population less than two years ago, which makes its success in the highly competitive, anti-inflammatory space impressive and encouraging.

At about 21 times this year's earnings estimates, the Celgene isn't a cheap by conventional standards, but I consider this biotech stock officially on sale. Management predicts annual net product sales will more than double from $9.16 billion last year to $21 billion in 2020.

Through countless partnerships and collaborations, I think the years beyond will be even more exciting.