Please ensure Javascript is enabled for purposes of website accessibility
Log In Help Join The Motley Fool
Free Article Join Over 1 Million Premium Members And Get More In-Depth Stock Guidance and Research
By Steve Heller - May 27, 2016 at 2:30PM

The 3D printing industry grew by over 25% in 2015, but you wouldn't know it by looking at 3D Systems' and Stratasys' results. Could competition be a factor?

Last month, 3D printing insights company Wohlers Associates released its newest report -- Wohlers Report 2016 -- detailing the latest account of the 3D printing industry. According to the report, the 3D printing industry grew by 25.9% year over year in 2015, generating nearly $5.2 billion in worldwide revenue. This growth proved to be significantly stronger than the 2015 performances of 3D Systems' (DDD -0.62%) and Stratasys' (SSYS -0.32%) -- the two largest 3D printing companies by revenue.

Throughout 2015, 3D Systems and Stratasys experienced a notable slowdown in customer spending across the board, which negatively impacted their sales. Stratasys' working theory is that customers purchased more 3D printers than they needed in previous years, which created an oversupply of 3D printing capacity in the marketplace. While this theory seems reasonable, there's one potential factor that's often left out from the equation: increased competition.

Wohler Report 2016 noted that, "in 2015, 62 manufacturers sold industrial-grade AM [additive manufacturing] systems (valued at more than $5,000), compared to 49 in 2014, and twice as many as the 31 companies that sold industrial systems in 2011." More specifically, between 2014 and 2015, the number of industrial 3D printing manufacturers increased by 26.5% -- the market 3D Systems and Stratasys are primarily focused on.

When more 3D printing companies are catering to the same industrial and professional market as 3D Systems and Stratasys, it could make it more difficult for 3D Systems and Stratasys to stand out from the competition. Essentially, the sheer number of 3D printing options available to customers could be extending sales cycles and giving customers reason to pause. The latter seems especially likely after taking into account that several notable competitors have recently or will soon enter the market in the coming years, including Carbon and HP (HPQ -2.78%).

Carbon's recently released M1 3D printer is based on a revolutionary 3D printing technology called CLIP that's 25 times to 100 times faster than anything before it. Beyond speed, the M1 produces parts with surface finishes that rival injection molding -- a characteristic that's been difficult to achieve with other technologies out of the box. In terms of pricing, the M1 is offered for a subscription-only cost of $40,000 per year, which includes over-the-air updates and free future upgrades. In other words, the M1 is also built to be future-proof. 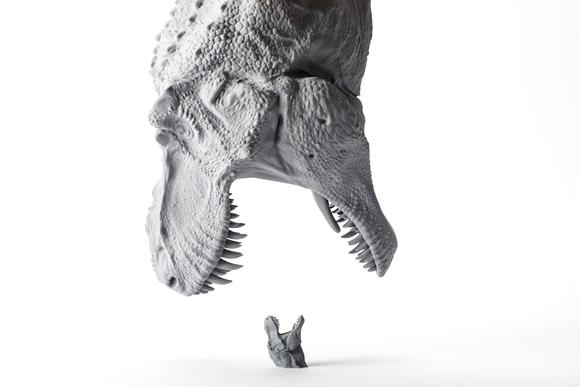 Later this year, HP will release the first of its Multi Jet Fusion printers, an inkjet-based technology it claims will be 10 times faster than popular competing technologies and twice as cost-efficient. Between HP's enterprise sales channel and expertise in developing inkjet based technologies, the company aims to create a fundamental step change in the 3D printing industry that drives an order of magnitude increase in customer adoption.

When purchasing managers are making equipment spending decisions that could cost over $1 million, it's paramount to ensure the piece of equipment isn't likely to become obsolete before the end of its expected lifespan. And since 3D Systems and Stratasys failed to meaningfully capitalize on the growth the 3D printing industry experienced in 2015, there may be other factors beyond macroeconomic sluggishness hurting their performance.

With all of the changes happening in the 3D printing industry right now, it's clear 3D Systems and Stratasys face more competition than ever before. Ultimately, the more viable options there are for purchasing managers to consider, the more difficult it may be for their 3D printers to stand out.