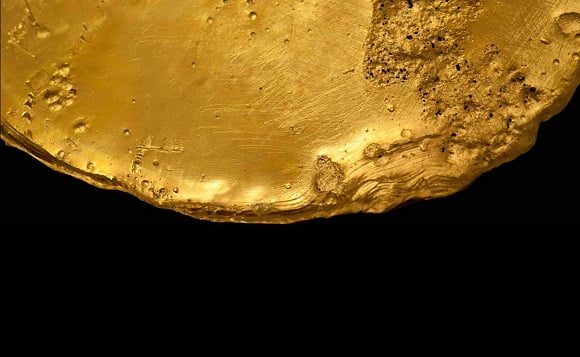 Friday left stock-market investors with a minor setback, as major market benchmarks fell slightly to finish the week. The day started with a negative surprise on the economic-data front, as the latest jobs numbers for May indicated an unexpectedly slow growth rate in nonfarm payrolls. With the economy creating just 38,000 jobs last month, expectations that the Federal Reserve would raise interest rates at its meeting later this month suddenly gave way to the possibility that the central bank might defer rate increases until later in the summer.

Markets recovered a large portion of their early losses, with major benchmarks closing down between 0.2% and 0.6%. But some stocks managed to post gains even with the employment picture putting pressure on the market. Among the best performers were Yamana Gold (NYSE:AUY), Exar (NYSE:EXAR), and Talen Energy (NYSE:TLN).

Yamana Gold soared 14% on a strong day for the mining industry, in general. Gold prices jumped $34 per ounce, to $1,244, and most market followers attributed the upward movement to the decreased likelihood of a Fed increase in interest rates. Gold often moves in the opposite direction of the U.S. dollar, as gold investors see the yellow metal as an alternative to fiat currencies.

Because expectations are that rates might remain low for longer, the dollar lost ground against other major currencies, and that gave gold and other precious metals some additional support. Yamana, in particular, has benefited from low operating costs and acquisitions of valuable assets in order to position itself for an eventual rebound in gold prices. That explains why the stock outperformed most of its mining industry peers on Friday.

Exar CEO Ryan Benton argued that the move "is yet another major step forward in our larger strategy to focus on our core competencies." The sale of the power-management and color-calibration-solutions unit should help Exar take full advantage of its strong market position in mixed-signal products, and having additional cash on hand could open the door to further strategic moves in the near future.

Finally, Talen Energy finished 17% higher. The competitive energy and power-generation company said that it had entered into an agreement to sell itself to private investment company Riverstone Holdings. The deal puts a total value of $5.2 billion on Talen, including debt, and shareholders will receive $14 per share in cash for their Talen shares as part of the offer. CEO Paul Farr characterized the deal as offering "compelling value to our stockholders while eliminating execution risk."

Riverstone had already owned about 35% of Talen's outstanding shares, and had two directors on Talen's board, but the company said that its independent directors evaluated the deal, and found that it was in shareholders' best interests. Talen will now have 40 days to look for competing proposals; but the fact that Talen's shares finished right at the $14 mark shows that most investors believe that the deal will go through with Riverstone, as proposed.