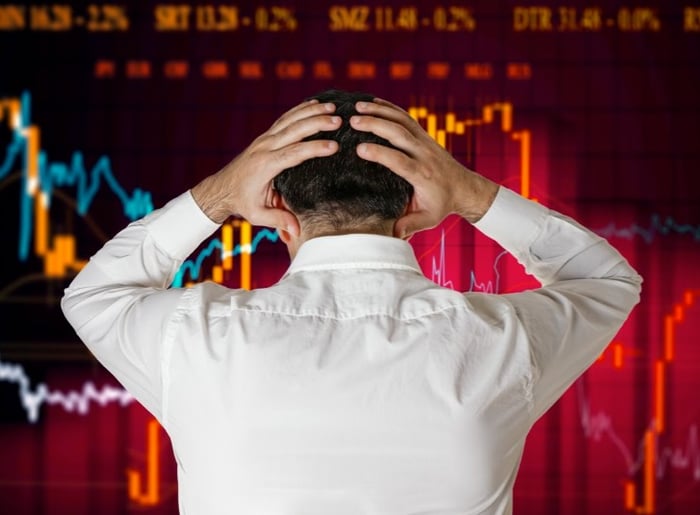 What: Shares of MannKind Corp. (NASDAQ:MNKD), an embattled drug and device maker intent on marketing inhaled insulin to the huge number of diabetics, dropped 29.6% according to data from S&P Global Market Intelligence. Its desperate attempt to stay afloat through an unusual, and highly dilutive stock offering was largely responsible for the latest price collapse. 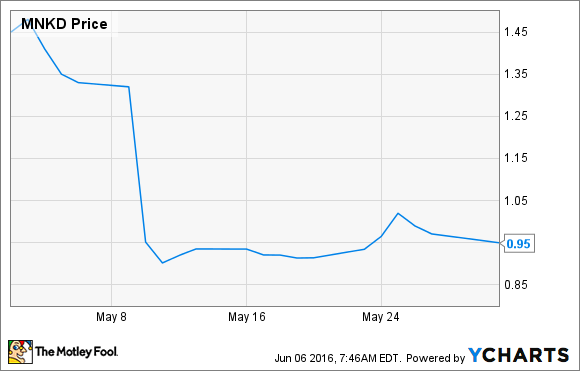 So what: In case you haven't been following MannKind lately, its partner Sanofi exited their agreement to commercialize MannKind's only product, Afrezza, after a dismal product launch. During the first nine months of 2015, the French drugmaker reported Afrezza sales of just $5.4 million, and cut MannKind loose at its first opportunity.

MannKind regained the rights to Afrezza in April and plans to relaunch the drug itself in the third quarter, but its financial ability to do so is questionable. The company ended the first quarter with just $27.6 million in cash and equivalents. Considering it registered a $24.8 million loss in the first quarter alone, simply keeping the lights on until the end of the year might be a challenge.

To shore up finances for the launch, at the same time as it released its Q1 report, the company announced a complex equity offering that will reduce existing shareholders' slice of any potential profits by about 11% immediately, based on the number of shares outstanding at the end of March.

Now what: In order to entice institutional investors to buy the shares, MannKind packaged each one with options to purchase 0.75 shares at $1.50 per share within the next two years, and 0.25 shares at $1.50 beginning in May 2017.

In other words, if the stock rises above $1.50 from its recent levels of just over $1.00, the investors might convert them or hold on a bit longer for a better price. Any way you slice it, more dilutions lie ahead if the stock rises. The offering reeks of desperation.

MannKind is truly in a precarious position. Solvency issues aside, Afrezza has some enormous hurdles ahead of it. Its label contains severe FDA black-box warnings about potential bronchospasms, a tightening of the lungs' air passages similar to an asthma attack.

This warning requires physicians who want to prescribe the drug to assess patients' lung health, which often requires trips to multiple doctors. Furthermore, the treatment isn't included on the preferred formulary from the two largest U.S. pharmacy benefit managers, Express Scripts and CVS Health, which makes reimbursement another issue.

There are plenty of anecdotes attesting to the drug's popularity among the relatively few patients who have had access to it, with benefits that range from its discreet convenience to its rapid lowering of mealtime blood glucose spikes. As much as I'd like to see Afrezza succeed and its shareholders regain their extensive losses, I doubt this will be the last time MannKind stock takes a big tumble.

Why MannKind Corp. Stock Sank 29.6% in May @themotleyfool #stocks $MNKD Next Article
Current