Warcraft, the new Legendary Pictures film based on Activision Blizzard's (NASDAQ:ATVI) popular video game franchise, grossed just $26 million domestically during its opening weekend and suffered a poor critical reception. With a production budget of $160 million, that might seem like a huge flop, but the film has grossed a whopping $280 million overseas, pushing its total ticket sales past $306 million. 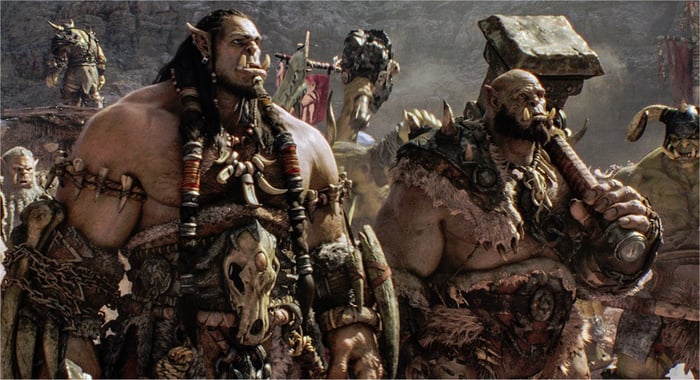 In China, Warcraft opened a week earlier than in the U.S., and the film raked in $156 million during its opening five-day weekend, which included the Dragon Boat holiday. That made it the sixth biggest film of the year, eclipsing Disney's (NYSE:DIS) Star Wars: The Force Awakens, which grossed $124 million during its opening run in January. The film also fared better with critics in China, scoring 7.9 out of 10 on review aggregator site Mtime, compared to a 27% critics score on Rotten Tomatoes.

So how did a poorly received film based on an aging franchise become such a big hit in China? The answer might be more complicated than you think.

A console ban and the rise of PC gaming

China banned all gaming consoles in 2000 due to concerns that video games impacted the mental and physical development of children. But the ban, which ended last year, merely caused PCs to become the country's dominant gaming platform.

The localized version of World of Warcraft, which was launched by Chinese licensee The9 in 2006, quickly became one of the top PC games in the country. The9 lost that license to NetEase in 2009, and the impact is easy to see -- The9 shares have plunged 65% over the past five years, while NetEase shares soared over 260%.

For many Chinese gamers growing up playing World of Warcraft, the new film was more appealing than an older franchise like Star Wars. To make matters worse, the poorly received Star Wars prequels are generally more well-known in China than the original trilogy. 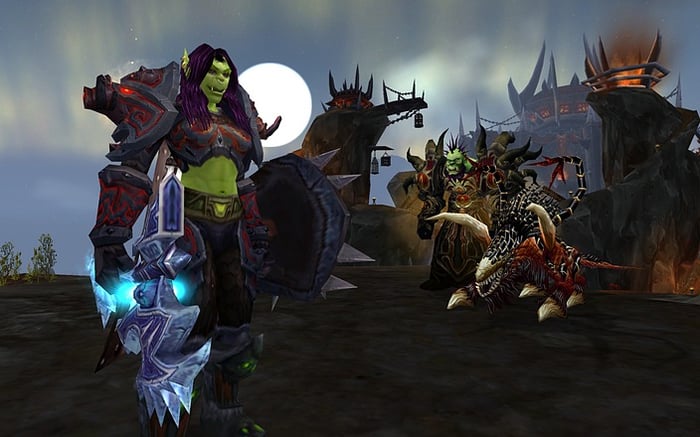 Those investors then launched their own promotions and secured a roster of 26 co-marketing sponsors, including Lenovo, Intel, Fiat Chrysler's Jeep, and brewer Tsingtao. Those sponsors contributed an estimated $20 million to the marketing push, which took some of the weight off of the film's initial investors. Legendary then used its in-house marketing teams in Beijing and London to localize trailers for Chinese viewers. Lastly, Wanda heavily promoted the film across its entire Wanda Cinema Line circuit, which covers over two-thirds of all movie screens in China.

What does this mean for Comcast and Disney?

The clockwork-like coordination between Legendary, Wanda, its investors, and sponsors has likely stunned Comcast's Universal, which only distributed Warcraft to the indifferent domestic market. Last September, Universal reportedly considered Warcraft to be a "problem movie" due to its limited appeal. But things might have played out differently if it had been as committed to the project as Wanda and Legendary.

Warcraft's success probably also frustrates Disney, which is trying to build a new Marvel-like cinematic universe for Star Wars with its new trilogy and spin-off films. Looking ahead, Wanda will likely highlight Warcraft's success as proof that it can challenge Disney on multiple fronts, including films and theme parks.

The success of Warcraft proves that a well-oiled investment, marketing, and distribution system can turn promising films into big blockbusters in China. It also reveals how quickly China's influence is growing in the film industry and why U.S. studios should be mindful of the special challenges within that market. However, investors should note that Warcraft captured a perfect cultural niche that Star Wars just didn't fill in that market -- something that won't be easily replicated in future films.