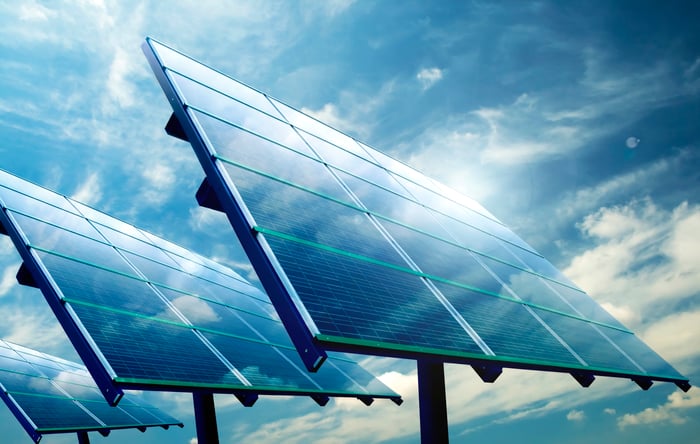 What: While the rest of the world deals with implications from U.K.'s vote to leave the European Union, investors in Canadian Solar Inc. (NASDAQ:CSIQ), one of the world's largest solar power companies, are dealing with a significant tragedy from Thursday that sent its stock price down 10% Friday. Thursday afternoon: A severe tornado damaged the company's solar cell factory in Funing County, Jiangsui Province, China.

So what: Unfortunately, natural disasters like this do happen; many investors remember the severe earthquakes in Japan a few years ago that not only took many lives, but crippled supply chains of major global automakers for weeks.

"Our thoughts are with the families of Canadian Solar employees and the local residents impacted by the severe weather. We have immediately dispatched our internal emergency response team from our other facilities in China to help our employees in Funing and people in the local communities," said Dr. Shawn Qu, chairman and CEO of Canadian Solar, in a press release.

In addition to health and medical insurance for its employees, Canadian Solar carries both casualty and property insurance for its facilities and inventory, and business interruption insurance. Management believes it will recover nearly all of its financial losses due to the tragedy through insurance claims.

Now what: Funing is the newer and smaller of Canadian Solar's two solar cell factories in China, and it was expected to generate about 15% to 20% of its solar cell requirements during the current quarter. To compensate, the company will be able to increase the output at its other factory in Suzhou, as well as accelerate its output from its factory in Thailand. Ultimately, management says it believes that the tragedy will not have a material impact on its business.