Since Bob Iger took over as The Walt Disney Company's (NYSE:DIS) CEO in 2005, he's hit one home run after another.

Ten months into his job, Iger led Disney's purchase of Pixar for $7.4 billion in stock. Since its acquisition in January 2006, Pixar's global box office has come in at $6.7 billion. That number should easily surpass $7 billion with the studio's newest hit, Finding Dory. The Pixar acquisition also meant Disney landed Steve Jobs as a board member and brought back John Lasseter, a creative legend it had fired two decades earlier. The contribution Lasseter, Jobs, and Pixar made to Disney Studios has allowed the company to recoup its investment and then some.

Three years after Pixar, Disney made a move to acquire Marvel Entertainment. With properties including Spider-Man, The Avengers, and The Fantastic Four, Disney's $4 billion acquisition price ended up being a steal.

To complete a trifecta of acquisitions, Disney purchased the rights to the Star Wars franchise from Lucasfilm for $4 billion. The first Star Wars movie under Disney's watch grossed over $2 billion in global box-office receipts. With two more Star Wars movies and several spinoffs on the horizon, this acquisition may go down as one of the biggest heists in movie history.

In addition to making keen acquisitions, an Iger-led Disney has been able to impressively grow revenue and profits in nearly all its business categories.

Operating income has fared even better.

With Disney's track record of strong, consistent performance, the happiest place on Earth has been the brokerage account of a Disney investor. Since the beginning of 2005, shares are up over 250%, easily beating the S&P 500 over the same time period.

Bad things happen, and you can't do anything about it 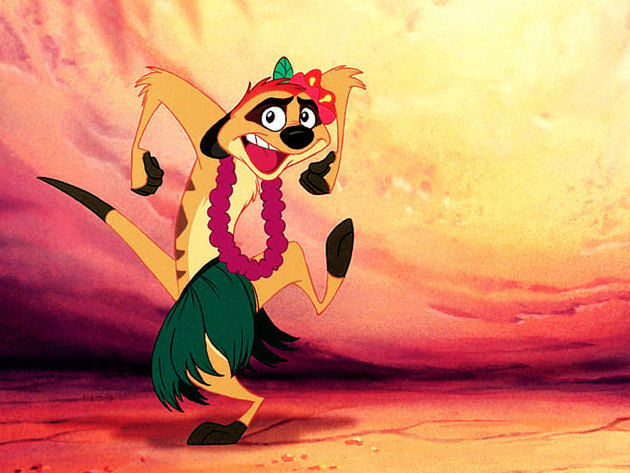 Timon advised Simba in the The Lion King that bad things happen, and there's nothing you can do about it. That advice also seems to apply to the current state of Disney's most profitable line of business, as cable cord-cutters are starting to affect the subscription numbers of Disney's cable networks.

The bleeding hasn't stopped. According to Nielsen data, ESPN subscriber count declined further to 89.5 million as of May.

Cord-cutters aren't the only issue Disney has run into lately. On June 12, Orlando, home to Disney World, is now etched in people's minds as the home of the deadliest mass shooting by a single gunman in U.S. history. Just three days later, a tragic alligator attack took the life of a 2-year-old boy at a Walt Disney resort. It's obviously not on the top of the totem pole in terms of societal importance, but both events will probably affect tourism to Orlando, which, in turn, will depress visitor counts at Disney World.

As Orlando heals and precautions are taken to avoid future alligator attacks, Disney's theme-park business should recover. The expansion of a Star Wars theme park should also provide a boost. Meanwhile, Shanghai Disney Resort, which made its debut June 14, is off to a strong start. According to Chinese online travel agent Ctrip, the park should receive at least 15 million visitors a year.

Between high hopes for its theme-park business and a robust lineup of Disney, Marvel, and Star Wars movies on the horizon, the force is strong with Disney. However, the future of its media business is uncertain. The cable business is too lucrative for Disney to disrupt with potentially less profitable distribution strategies. However, its decline is inevitable, as users switch to internet-based services. While it's unclear what the future looks like, Iger is confident that Disney will be just fine. When asked about lighter cable bundles through providers such as Sling TV, Iger had this to say about the company's prospects:

There are a number of new entrants in the marketplace. They all want ESPN, but we like the status of our talks with them, and we actually like the trends as well. These products are very attractive because they are offering consumers more choice. They typically are better at mobility, and their user interface is really positive -- is really strong. And those are all really important when it comes to today's environment. So we think, long-term, given the discussions that we have and given the experience that we have had these last few months, we feel good about what we are seeing.

Investors weren't calmed by Iger's words, as the stock dropped 4% after its March earnings call and is over 20% off from its 52-week high. However, investors should feel assured that Iger can figure out how to get the media division back to consistent growth. As the former head of ABC Entertainment and a 44-year veteran of the media industry, Iger does know a little bit about how the business works. He also knows something about turnarounds.

Everyone falls down. Getting back up is how you learn how to walk.

When Iger took the reins as CEO of Disney, he inherited a company in disarray. Two years before he took over, Roy Disney, nephew of founder Walt Disney, resigned from his positions as Disney's vice chairman and Walt Disney Animation's chairman, citing a string of failures from then-CEO Michael Eisner. At one point, there were rumors of Comcast as a potential buyer of the cultural icon. However, Roy Disney was successful in pressuring Eisner to resign, leaving Iger in charge. The rest is history.

Internet television is bringing a new set of challenges to many in the industry. However, it also brings about new opportunities. Not only will Disney's potential audience grow, but so will its mobility, providing users the opportunity to watch sports and television anywhere and anytime.

Disney has kept its specific plans close to the vest. On the Q2 conference call, Iger shot down an analyst question about business strategy:

We are not going to get into details in terms of our strategy going into the up front, except that we would agree with what you said. We see a very robust marketplace and a very strong up-front ahead, both for our broadcast network for ABC and for ESPN. We are very encouraged with what we see, but we are not going to disclose what our strategy is going in.

Although we aren't getting insight into Disney's plans on how it will position itself in the new media landscape, we do know that Disney has valuable content. Live sports are a valued consumer experience, and Disney is king in that arena. When it comes to video-on-demand, Disney is also in a strong position, with its wide selection of globally recognized characters.

All Iger has to do is figure out a way to deliver a captive audience for all this content without sacrificing its most profitable business entity. Walt Disney once said, "Everyone falls down. Getting back up is how you learn how to walk." Iger has embodied that quote in the past, and he'll have to use it as inspiration today.