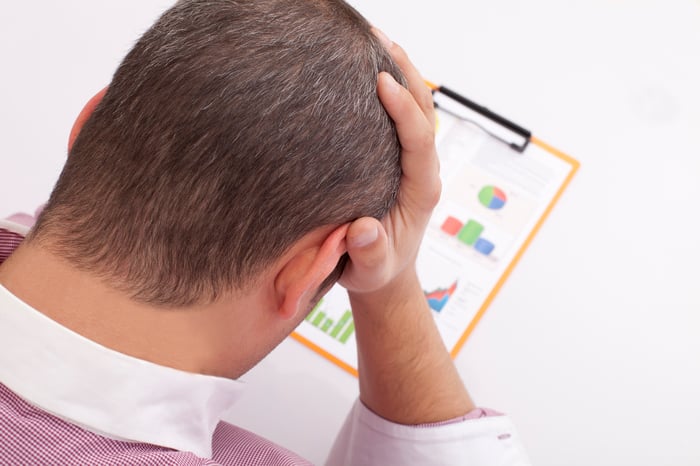 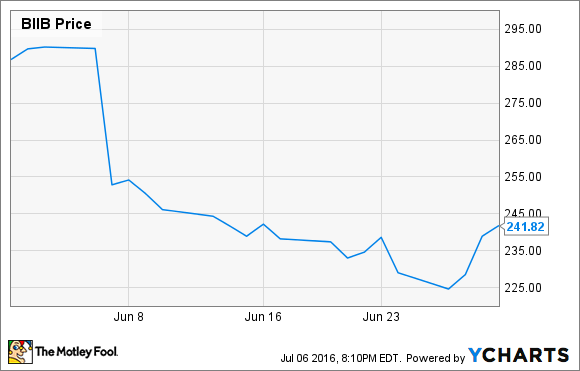 So what: Biogen was developing opicinumab, formerly anti-lingo-1, as a first-in-class therapy aimed at repairing multiple sclerosis patients' damaged nerves. Last year a clinical study in another neurodegenerative disease, optic neuritis, showed opicinumab was capable of forming new myelin along the nerve cells. It's these interspersed lipid layers that allow nerve cells to transmit signals at speeds most people outside the multiple sclerosis community take for granted.

Existing drugs can significantly slow progression of the disease, but a drug capable of reversing multiple sclerosis damage would have been a game changer. When Biogen announced opicinumab failed to significantly improve patient outcomes, Wall Street cleaved about $8 billion from the biotech's market cap in a day.

Now what: Although opicinumab was a potential game-changer, it was in phase 2 for multiple sclerosis. Developing neurology drugs is a risky business, and over the past decade only 14% of new candidates that had succeeded in phase 2 eventually earned approval. Opicinumab may have had enormous potential, but to suggest its risk-adjusted worth was $8 billion is ludicrous.

The good news is, at recent prices the stock is trading at just 13 times this year's earnings expectations. With the average stock in the S&P 500 trading at 17.8 times forward estimates, Biogen is a rock-solid bargain in an overbought market.

Outside its industry-leading Alzheimer's disease candidates, the company has more than a few potential growth drivers. Its biosimilar joint venture with Samsung Bioepis recently presented data for patients switched from Johnson & Johnson's Remicade to its Flixabi, and Amgen's Enbrel to its Benepali. After long-term use, the patients' outcomes using the copycat drugs were wonderfully similar to outcomes while using the drugs the biosimilars reference.

Flixabi and Benepali are both available in the EU and have been pressuring sales of the products they reference. Last year J&J's U.S. sales of Remicade grew 7.2% over the previous year, but worldwide sales of the drug fell 4.5% to $6.56 billion. Pfizer markets Enbrel outside of the U.S. and Canada, and revenue from the drug fell 3.4% to $733 million in the first quarter of 2016.

While Biogen's biosimilar sales probably won't reach these heights, they could feasibly pass the $1 billion annual sales mark. The lengthy approval process for biosimilars limits competing entrants, and pricing of around 70% of the reference drug's price is fairly common.

Biogen generated $3.7 billion in free cash flow over the past 12 months, and ended March with about $5 billion in cash and short term assets. Opicinumab's failure was heart-breaking, but the company has what it needs to continue growing over the long term.