These stocks helped pull the stock market higher. Find out why. 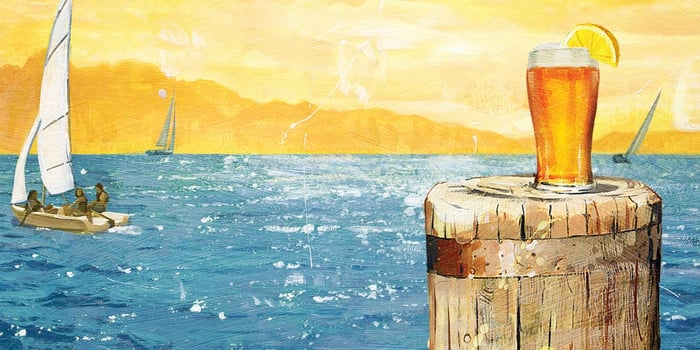 Friday brought a positive end to the week on Wall Street, and major market benchmarks finished up between 0.25% and 0.5%, to post gains overall since last week's close. Earnings season has kicked into high gear, and much of what has moved the market upward or downward has been whether the preponderance of companies reporting on any given day have given positive or negative views on their portion of the overall economy.

Today's set of earnings reports were generally mixed, but investors were content to stress the positive in pushing the overall market higher. Some stocks made much more impressive gains, and some of the best performers on the day were Southwestern Energy (SWN -4.00%), Puma Biotechnology (PBYI -2.41%), and Boston Beer (SAM 1.10%).

Southwestern Energy climbed 10% after releasing its second-quarter results Thursday night. The energy company said that it posted an adjusted net loss of $34 million, which worked out to $0.09 per share, on revenue that declined by nearly a third from year-ago levels. Yet the company boosted its guidance for the full 2016 year, largely based on assumptions that oil prices would be higher than previously expected by $10 per barrel, and natural gas prices would improve by $0.10 per million BTUs.

Perhaps most importantly, Southwestern managed to make a viable plan that included accelerated investments in developing high-return core assets, expanded production, and measures to strengthen the company's balance sheet. Southwestern still has further to go, but it's headed in the right direction toward a recovery.

Puma Biotechnology climbed almost 20% in the wake of two announcements late Thursday. The company said that it had submitted a new drug application for its neratinib treatment of early-stage breast cancer. CEO Alan Auerbach noted that, even though a different treatment called trastuzumab has had considerable success, Puma's drug could help improve outcomes following the use of the other treatment.

In addition, Puma announced updated phase 3 trial data on neratinib, and the results support the long-term clinical benefit of the drug in the eyes of Puma's CEO. Full five-year data on the primary endpoint of invasive disease-free survival should be available next year, and Puma is guardedly optimistic that the results could be favorable. The eventual outcome from the FDA on the drug will, of course, be extremely important for the company, but Puma seems increasingly optimistic that its past efforts will be enough to keep shares moving higher.

Finally, Boston Beer rose 15%. The beer maker reported its second-quarter earnings Thursday night, and investors focused on results that were far better than they had expected.

Boston Beer saw sales fall 3% on a 4% drop in shipments, and net income fell by about 11%, to $26.6 million. However, both figures were better than investors had expected, and cost-cutting measures reduced overhead spending to boost the bottom line.

Chairman and founder Jim Koch noted that increased competition has put pressure on the Samuel Adams brand, and new beers haven't been able to stem declines in its Boston Lager and seasonal beer offerings. Still, even though Boston Beer reduced its guidance for the rest of the year, shareholders apparently believe that the beer-maker's efforts to promote long-term growth will be successful, as long as the company is given enough time to execute well.

Dan Caplinger has no position in any stocks mentioned. The Motley Fool owns shares of and recommends Boston Beer. We Fools may not all hold the same opinions, but we all believe that considering a diverse range of insights makes us better investors. The Motley Fool has a disclosure policy.

3 Stocks to Own For the Next 20 Years

Boston Beer's CEO Is Selling. Should You Care?

These 6 States Have the Lowest Beer Taxes
376%