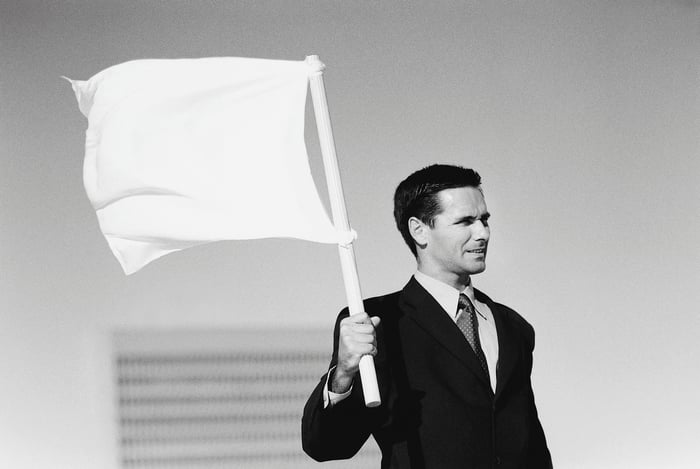 Smartphone giant Apple has now reported its second-consecutive quarter of year-on-year iPhone shipment declines. Leading Android handset maker Samsung (NASDAQOTH: SSNLF) has produced erratic performance as it attempts to compete with Apple in the high-end markets, and other Android makers in the lower-cost developed markets.

A hallmark of a mature and declining market is the shakeout, where weaker participants leave the industry. If Microsoft (NASDAQ:MSFT) and Sony (NYSE:SONY) are any indication, the smartphone industry may be in the initial phases of a shakeout.

Smartphones are no longer a point of emphasis for Sony

Tech website The Verge reports how quickly Sony has pivoted away from smartphones. In Sony's recently reported first fiscal quarter, the company reported a slim profit in smartphones of $4 million versus losses in prior quarters. However, Sony accomplished this rare profit not by selling more phones; it was mostly accomplished on cost cuts in the division.

The Verge notes the company only sold 3.1 million smartphones in the quarter versus 7.2 million in the comparable quarter. As a result, mobile-division revenue dropped 34%. In fiscal 2016, the company expects to sell only 19 million handsets, and appears to be positioning itself to no longer grow market share in smartphones, but merely to service existing demand.

Microsoft continues to cut from its Nokia Division

Then in May, the company took further steps away from phone manufacturing. First, Microsoft later agreed to sell its feature-phone (read: non-smartphone) business, including 4,500 employees, to Foxconn, for $350 million. A week later, the company announced approximately 1,850 job cuts, most related to the smartphone business.

It appears that Nadella wasn't finished cutting employees from Microsoft's payroll. A new report from Bloomberg states Microsoft is eliminating an additional 2,850 jobs in fiscal 2017. Between these aforementioned transactions, the company will have shed nearly 17,000 employees, or nearly 70% of the 25,000 it gained through the Nokia purchase. The vast majority of these employees were in its mobile division.

A mixed bag for Apple and Samsung

On the other hand, slowing demand in a mature industry requires increased market share in order to continue growing at a level investors are accustomed to. If IDC is right, a 3.1% shipment increase will require price increases, or increased market share, for substantive smartphone-revenue growth for Apple and Samsung.