Stocks spent the entire session in the red on Tuesday but recovered much of their losses by the closing bell. The Dow Jones Industrial Average (DJINDICES:^DJI) and the S&P 500 (SNPINDEX:^GSPC) both fell by roughly 0.5%:

SodaStream shares spiked higher by 16% after the carbonated beverage machine specialist announced strong second-quarter sales and profit growth. Revenue improved by 17% thanks to higher demand for its machines, its flavorings, and its carbon dioxide refill canisters. The results provided the best evidence yet that SodaStream's shift to a sparkling-water focus will pay off for investors.

There were many figures for investors to cheer in this report, including an uptick in gross profit margin and sharply higher cash flow. However, the number that received the most attention was 30% -- the growth in SodaStream's machine sales. The magnitude of that gain, compared with an 11% uptick in the prior quarter and a 24% decline in 2015's final quarter, suggests the company's new branding approach is finally catching on with customers after two years of sales declines.

"Our work repositioning the SodaStream brand around sparkling water and effectively communicating the compelling benefits of our home carbonation system helped drive double-digit revenue growth in each of our four geographic regions," CEO Daniel Birnbaum said in a press release.

SodaStream still has a long way to go to reclaim a significant portion of the sales it has lost over the past two years. However, its transformation gamble appears to be paying dividends at last, and management's immediate challenge is to scale up its marketing approach to keep that positive momentum going into the key holiday shopping season. 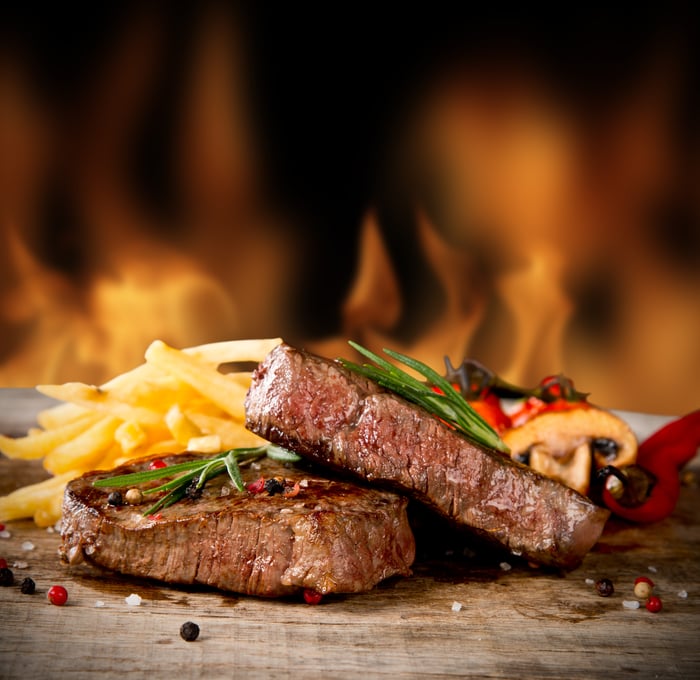 Meanwhile, earnings spiked higher at a much faster pace. Net income surged by 59% thanks in part to a sharp decline in food costs that pushed operating expenses down to 80% of sales from 84% last year. "Our operators continued to deliver strong operational and financial results with solid comparable restaurant sales growth and an increase in restaurant margin," CEO Kent Taylor said in a press release. The company still expects to open 30 new restaurants this year to push its base to over 500 locations.

Wall Street apparently chose to focus on the slowdown that Texas Roadhouse is seeing in its growth rate. Comps are expanding at a below 4% pace so far in the third quarter, marking a deceleration from the 5% gain in each of the past two quarters. However, many industry participants are reporting a slight slowdown as well, which suggests the restaurant chain isn't losing market share to competitors.

In light of those broader dynamics, Tuesday's sell-off looks like an overreaction, given that Texas Roadhouse is enjoying solid customer traffic growth and surging profits right now.