This quarter by the numbers

This marks Apollo Investment's eighth quarter in which the company's book value fell on a per-share basis because of impairments to its investment portfolio. 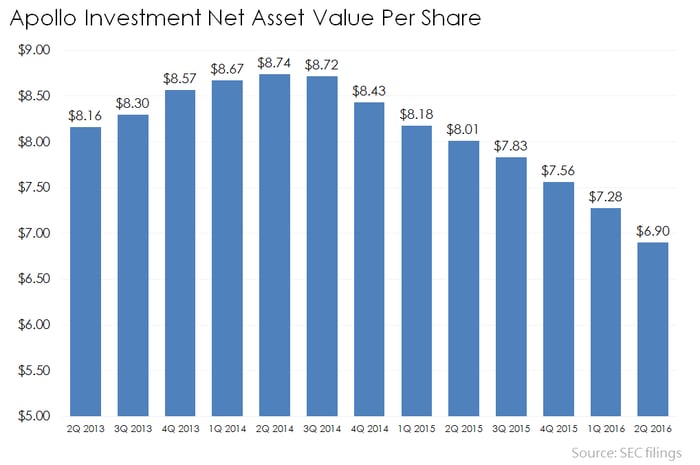 In statements in the press release, the company's Chief Executive Officer, James Zelter, noted that the company intends

[...] to reposition a portion of our portfolio in a steady and coordinated manner into traditional corporate loans directly sourced from the Apollo platform. We have already made what we believe to be good progress in the past few months with the resolution of certain legacy positions, and lowering our oil and gas exposure to less than 10% of the portfolio, at fair value, subsequent to quarter end.

Right-sizing the dividend so it's covered by operating earnings is a good step toward stemming the consistent decline in book value per share. Ultimately, though, underwriting performance will have to improve to stave off future declines in the company's book value.

Co-investment opportunities with its external manager give the company better opportunities to see more deal flow and be pickier in its credit selection, which should bode well for shareholders.