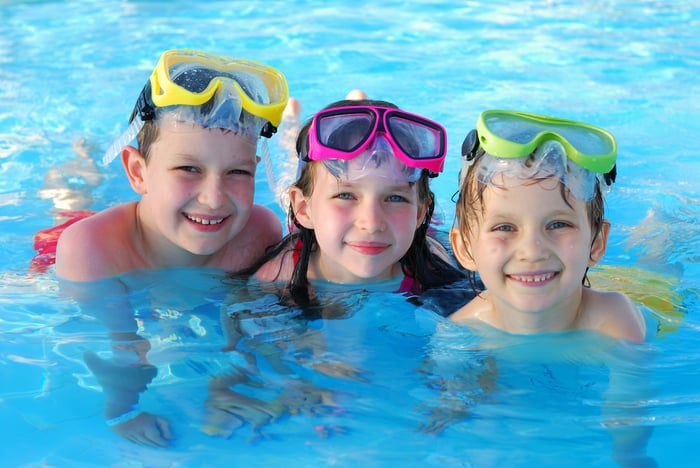 Analysts were looking for earnings of $0.73 per share on revenue of $832.92 million. So, American Water Works flowed past Wall Street's earnings expectations, though fell a bit short on the top line.

American Water Works stock has spouted off a total return of more than 49% over the one-year period through Aug. 10, leaving the S&P 500's 5.7% return all wet. It's also rained on the parade of the industry's second- and-third largest companies by market cap, Aqua America (NYSE:WTRG) and American States Water (NYSE:AWR), whose stocks have returned about 36% and 10%, respectively, over this period.

American Water Works operates as a regulated water and wastewater services provider in 16 U.S. states, while its companywide footprint includes 47 states plus Ontario, Canada. Net income in the regulated business was $135 million, up from $122 million for the year-ago period. The increase was primarily due to revenue growth of $29 million, or 4.2%, from rate increases driven by investment growth and acquisitions.

The market-based business reported net income of $13 million, up from $12 million in the year-ago period. Operating revenue grew to $115 million from $100 million, primarily driven by the addition of $11 million from Keystone Clearwater Solutions, which supplies water and related services to natural gas exploration and production companies in the Appalachian Basin.

Management said on the analyst conference call that it continues to see headwinds in American Water Enterprises Group, or AWE, for the remainder of 2016. This is primarily due to lower fixed-capital upgrades on its existing military installations because of reduced federal budgets and the "lumpy" nature of these contracts. Management also reiterated that it expects Keystone to have a neutral affect on 2016 earnings. The company remains optimistic about Keystone's prospects once the natural gas market makes further strides in its recovery.

For the first half of 2016, $24 million of American Water's approximately $552 million of capital investments went toward regulated acquisitions. (The majority of the remainder was for regulated system improvements.)

Regulated acquisitions that closed during the first half added about 7,600 customers. Pending acquisitions expected to close this year are expected to add about 47,800 customers; these include the wastewater system assets of the Sewer Authority of the City of Scranton, Pennsylvania, and the Shorelands Water Company in New Jersey.

The adjusted regulated operation and maintenance (O&M) efficiency ratio is a key non-GAAP metric for the company's owned facilities that reflects how well it's controlling costs; the lower the better.

American Water affirmed its full-year 2016 earnings guidance in the range of $2.75 to $2.85 per share. At the midpoint, this reflects year-over-year EPS growth of 6.1%. Management said the company is on track to meet its long-term goal of increasing EPS at a 7% to 10% compounded annual growth rate over the five-year period of 2016 through 2020, using 2014's earnings as a base.

A stock for the long investing voyage

While American Water Works has been performing solidly, its stock has gotten ahead of its financial performance. For instance, the stock's price-to-earnings (P/E) ratio has risen to 28.5 from 21 a year ago, while its price-to-cash flow from operations (P/CFO) ratio has increased to 10.9 from 8.5. However, its valuation metrics mostly compare favorably to Aqua America and American States Water, despite the fact that it's been performing better. For instance, Aqua America and American States sport P/E ratios of 28.2 and 26.5, respectively.

Defensive stocks, such as dividend-paying utilities, have benefited from investors' flight to safety due to economic uncertainty because of slowing growth in China, among other factors, coupled with a very low-interest-rate environment. While the rapid run-up in valuation could result in some choppy seas over the medium term, American Water's solid Q2 earnings and bright outlook demonstrate why it will likely remain a top-quality investment choice for long-term investors.