Amazon.com (NASDAQ:AMZN) is enlisting an effective and lethal operative to help fight the video content wars against the likes of Netflix (NASDAQ:NFLX) and Hulu. The company announced that it has green-lighted a new TV series, Tom Clancy's Jack Ryan, to air on its Prime Video streaming service.

The initial order is for one series consisting of ten hour-long episodes. Clancy's iconic title character will be played by John Krasinski, best known for essaying Jim Halpert in the long-running sitcom The Office. 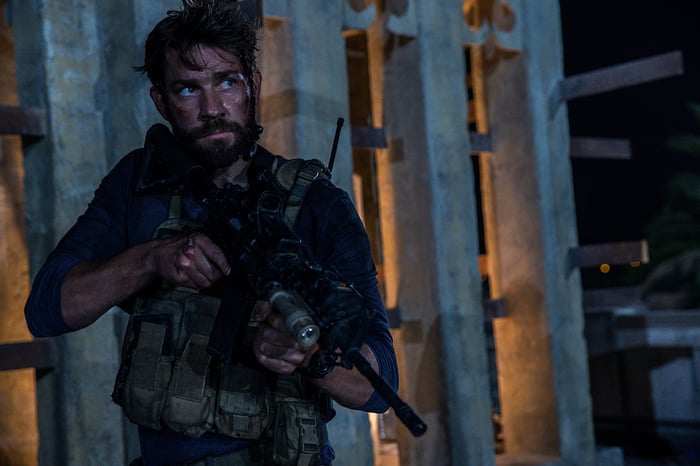 Tom Clancy's Jack Ryan will be executive-produced by Graham Roland and Carlton Cuse; the latter was a producer on the hit broadcast series Lost.

In the press release announcing the news, Amazon said that the series will be "a reinvention with a modern sensibility of the famed and lauded Tom Clancy hero." It did not specify when it will be made available on Prime Video.

The Jack Ryan franchise is a good choice for a potentially high-viewership series. The Ryan books (beginning with 1984's The Hunt for Red October) were best-sellers, while the subsequent movie adaptations generally performed well at the box office.

There are plenty of Hollywood heavyweights on board, including producer Cuse and studio Paramount -- the Viacom (NASDAQ: VIA) (NASDAQ:VIAB) brand that also released the movies -- to ensure some level of quality and watchability. While Krasinski is a recognizable star, he isn't so high in the firmament that his salary will be ruinously expensive.

With Mr. Ryan saving the world again, Amazon is raising the stakes in the ever-intensifying battle for the streaming audience. Tom Clancy's Jack Ryan will join a growing slate of good original series such as alt-history drama The Man in the High Castle. And if the superspy series is as good as it has the potential to be, with figures like Cuse and Viacom's Paramount aboard, it could steal some buzz from recent Netflix offerings like Stranger Things and Narcos.