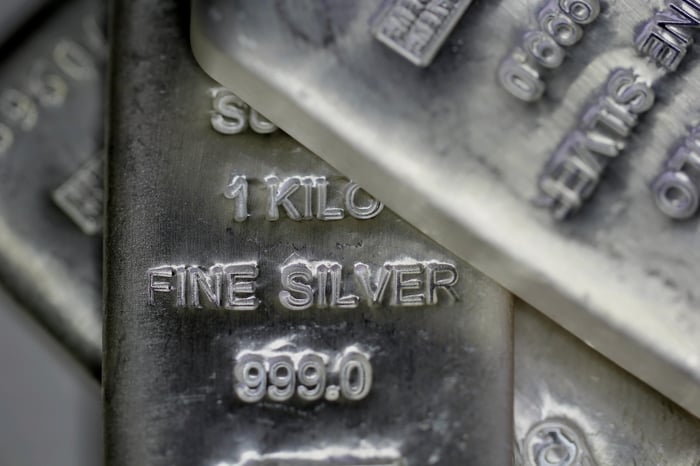 Tuesday was a slightly gloomy day on Wall Street, and the Dow and S&P 500 both fell around 0.2% to 0.25% to fall back slightly from their past record levels. The lack of volatility continued a trend that has lasted for much of the month, and investors seem content to limp into the Labor Day holiday before making any definitive long-term moves with their money. Yet even though the losses for the overall market were relatively limited, some companies suffered from stock-specific news that hit their share prices much harder. Among them were Ascena Retail Group (OTC:ASNA), Coeur Mining (NYSE:CDE), and DSW (NYSE:DBI).

Ascena Retail Group fell 9% on a tough day for several retail-related companies. Poor results from Abercrombie & Fitch had a domino effect across the industry, and the company behind the dressbarn concept proved vulnerable to the retail downturn. In addition to Abercrombie's bad news, G-III Apparel also said that it had a tough quarter, and it pointed to the success of its off-price offerings as one of the main bright spots in what was otherwise a quarter dominated by concerns about wholesale orders and how the holiday season will go. If the consumer doesn't start stepping up, then Ascena won't be the only company that sees a hit to its share price in the months to come.

Coeur Mining dropped 8%, falling in sympathy with the price of its primary produced metal. Silver prices fell almost 2%, approaching the $18.50 per ounce level and reversing what had been positive momentum that took the white metal to more than $20 recently. Precious metals investors are getting whipsawed as opinions change about what the Federal Reserve and other central bankers are likely to do about interest rates. In general, Coeur will do better if interest rates stay low for the foreseeable future, and so discussions about a rate hike coming sooner rather than later could prove problematic for the miner. Not everyone agrees that higher rates would necessarily be bad for precious metals, but given that silver is an industrial metal, Coeur needs healthy demand to sustain the upward progress its stock has made in the recent past.

Finally, DSW finished the day down 10%. The retailer of shoes and accessories reported its latest earnings Tuesday morning, and investors were disappointed that DSW didn't manage to post better results. A 1.2% drop in comparable sales offset the positive impact of a 5% rise in overall revenue, and a big drop in net income didn't help sentiment about DSW's stock either. Some signs of a potential turnaround have become apparent, including greater efforts toward controlling and cutting costs and moves to make smarter decisions about inventory. Until those efforts start to show up in raised guidance, however, it will be difficult for DSW shareholders to have enough confidence to bid the stock upward in the near-term.