Big initial public offerings have been rare in recent months. IPOs of master limited partnerships, a common business structure in the oil and gas industry, have been even more rarer. 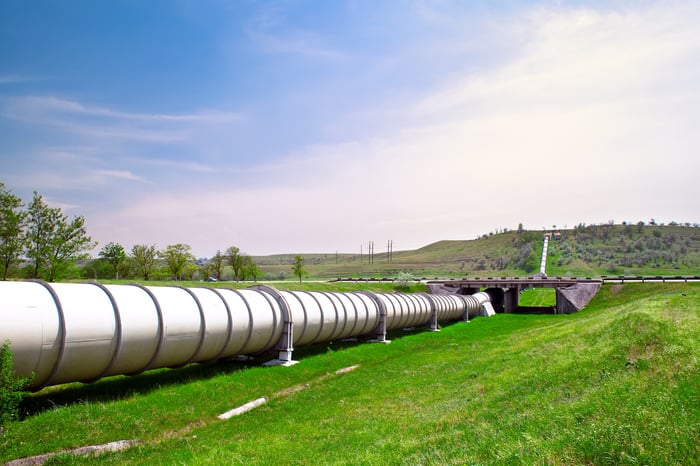 Noble Midstream Partners bucked both trends by taking in initial proceeds of around $281 million in its IPO, breaking down to $22.50 per unit -- beating the expected range of $19 to $21. The company makes its debut on the New York Stock Exchange today. Let's take a closer look at what investors are being offered.

Sponsored by a big player

According to the partnership, Noble Energy's intention is to use it as the "primary vehicle" for midstream activities in this country, save for the big East Coast play, the Marcellus shale.

The partnership also holds rights of first refusal to provide its services to Noble across roughly 156,000 additional acres in those plays, plus the Eagle Ford shale in Texas. It also holds ROFRs on what it terms "certain future acreage that is onshore in the United States outside of the Marcellus Shale."

As with many of its peers, Noble Midstream Partners does its business through long-term contracts at fixed fees. This eliminates much of the volatility involved in traditional oil and gas company finances.

On a pro forma basis, that activity brought in over $108 million in calendar 2015, with attributable net income coming in at nearly $54 million.

Noble Midstream Partners is beholden to pay distributions on a quarterly basis. In its prospectus, it says it will hand out a minimum of just under $0.38 per unit every quarter, or $1.50 per year. At the IPO price -- $22.50 per share -- that would yield 6.7%.

This puts it a bit on the low side in the MLP universe. Williams Partners currently yields 9.4%, and Plains All American Pipeline pays out 10.3% (although, admittedly, both stocks have been volatile over the past year).

Noble Midstream Partners' theoretical minimum does, however, top other well-known peers such as Enterprise Products Partners and Spectra Energy Partners.

It remains to be seen whether Noble Midstream Partners will, like in its IPO, see a pop once it hits the market. That above-range IPO price is a good omen, although that success might be due more to pent-up demand for fresh stocks in general and new MLPs specifically.

That said, Noble Midstream Partners is being hitched to busy Noble Energy, which will require many of its services.

Yes, the latter company has struggled along with many of its peers in the face of stubbornly low oil prices, and is currently loss-making. But it has a number of promising plays throughout this country and a few abroad. Plus, its sales by volume have been on the rise, and it's been good about cutting costs.

So, for those investors not spooked by the weakness in oil prices and who believe in Noble Energy's future, Noble Midstream Partners could be a compelling investment.

Today is Noble Midstream Partners' first day of trading on the NYSE. Its ticker symbol is NBLX. 12.5 million shares were sold in the partnership's IPO.

Eric Volkman has no position in any stocks mentioned. The Motley Fool recommends Bank of America and Enterprise Products Partners. We Fools may not all hold the same opinions, but we all believe that considering a diverse range of insights makes us better investors. The Motley Fool has a disclosure policy.