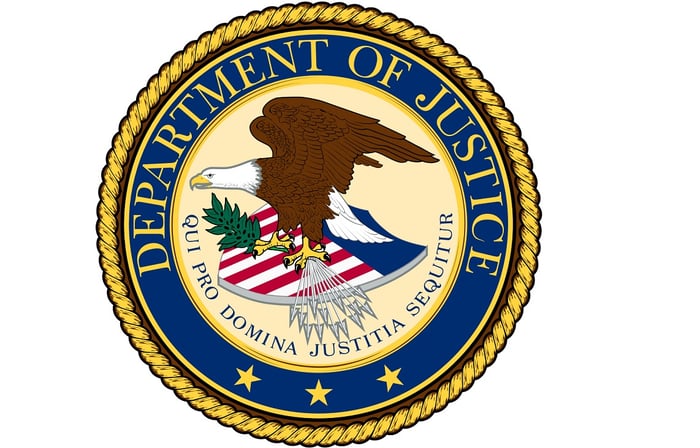 Shares of Deutsche Bank AG (NYSE:DB) are down about 10% as of 1 p.m. EDT on Friday as the company confirmed market speculation that the Department of Justice was seeking a $14 billion fine against it for its sales of mortgage securities before the financial crisis.

In a press release, Deutsche Bank confirmed that it was in negotiations with the DOJ regarding its "issuance and underwriting of residential mortgage-backed securities" between 2005 and 2007. The global investment bank said that that negotiations are only just beginning, and that it expects to settle at "materially lower amounts," consistent with outcomes of rival banks that have previously settled with the DOJ.

Talks of a large settlement with the DOJ couldn't come at a worse time for Deutsche Bank. Weak profitability has cratered the share price, and a $14 billion fine is extraordinary relative to the bank's $18 billion market cap and shareholder equity (about $74 billion as of June 30, 2016).

Deutsche Bank will likely settle for less than the $14 billion starting point. Remember, Bank of America (NYSE:BAC), whose Countrywide operation was a particularly bad actor in mortgages prior to the crisis, settled with the DOJ for a record amount of $16.65 billion. Morgan Stanley (NYSE:MS) settled for $2.6 billion, and Goldman Sachs (NYSE:GS) settled for $5.06 billion.

A reasonable figure might be in the neighborhood of Goldman Sachs' and Morgan Stanley's settlements, rather than Bank of America's extraordinarily large settlement. The Wall Street Journal reported that Deutsche Bank had about 5.5 billion euro (about $6.2 billion) in litigation reserves as of June 30, and that at least one analyst believed the settlement would be in the range of $4 billion. You can bet that this line item will get particular scrutiny in future earnings reports, as any changes may indicate that an agreement between Deutsche Bank and the DOJ is within sight.