If your portfolio is stressing you out, these two stocks could take a load off your mind. 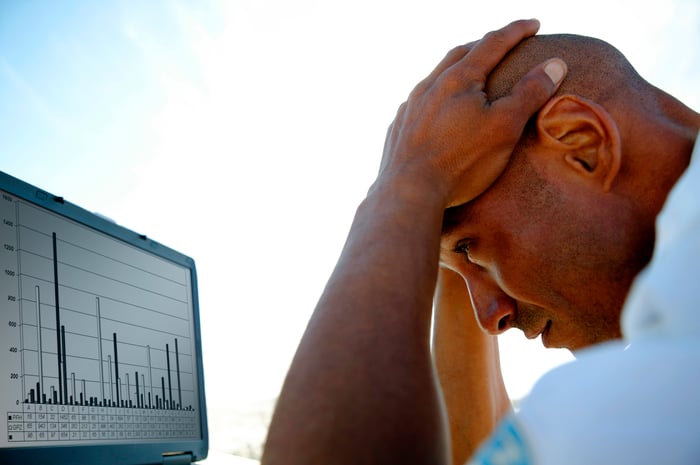 I have good news for those of you who hate checking your portfolio every time the stock market makes an abrupt change: There are plenty of companies in the healthcare sector poised to grow in tandem with rising average life spans across the developed world.

Two of my favorites, Johnson & Johnson (JNJ 0.42%) and Medtronic (MDT 0.27%), enjoy strong competitive advantages that have allowed them to steadily increase their dividend payments for decades. Let's look at some reasons you can expect them to continue doing so throughout your lifetime.

If uncertainty makes your eyes sweat, then adding shares of the world's largest healthcare conglomerate to your portfolio might help. In a sense, you can't find a safer company in America. Johnson & Johnson is one of just two U.S. companies with a pristine "AAA" debt rating. The other, Microsoft, recently earned a negative outlook from Moody's after offering LinkedIn $26.2 billion for a buyout.

If an unsullied debt rating doesn't soothe your frayed nerves, then consider its earnings growth and dividend history. Despite some hairy global economic downturns, J&J's adjusted earnings have risen for 32 consecutive years, and its dividend hasn't stalled since JFK was in office.

Past performance doesn't guarantee future success, but J&J's diversified revenue stream reads like a recipe for continued growth. The consumer-goods segment contains iconic brands, some of which date to the 19th century.

In case you're new to biopharma, Tylenol isn't the only J&J drug that brings in over $1 billion in annual sales. Its prescription pharmaceutical segment has grown in recent years, and it accounted for about 47% of J&J's $18.5 billion in total second-quarter revenue. One of several promising drugs in its lineup, Invokana, is a first-in-class tablet for Type 2 diabetics that allows excess blood sugar to exit through the patient's urinary tract. Approved in 2013, Invokana saw second-quarter sales rise 20.4% over the prior-year period, putting the drug at an annual run rate of about $1.5 billion. 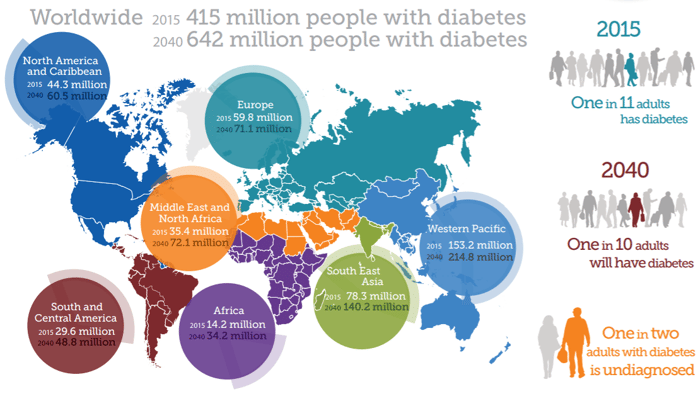 It appears Invokana has plenty of room to grow. Last year an estimated $673 billion was spent treating diabetes, and that number is likely to continue growing. The disease affects a staggering 415 million people worldwide, and roughly half are undiagnosed. I haven't asked all of them how they feel about injecting insulin, but I think we can safely assume most would prefer swallowing Invokana tablets.

Medtronic: why bigger is better

As the world's largest medical-device manufacturer, Medtronic enjoys economies of scale that allow it to sell devices at price points that smaller competitors struggle to match, and that's not its only advantage. Last year's $49.9 billion acquisition of Covidien gave Medtronic an industry-leading array of med-tech offerings that make it a one-stop shop for hospitals.

Another advantage is the sticky relationships its salesforce has built up over the years. Trained sales reps are often a busy doctor's most efficient source of information about new devices. Combine this with the time and expense associated with training staff, and switching to a competitor's devices becomes a daunting proposition.

The Covidien acquisition also gave Medtronic an opportunity to redomicile in Ireland just before that door slammed shut. Switching from one of the world's highest corporate tax rates to the lowest will help the company meet its fiscal 2017 guidance. Management expects adjusted earnings per share to grow between 12% and 16% in fiscal 2017 and expects double-digit earnings growth over the long term. 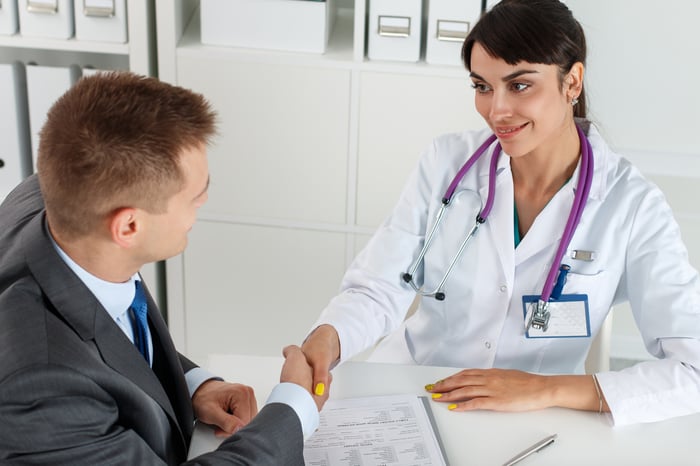 Medtronic also loves returning those profits to shareholders. This June it raised its quarterly dividend by 13% to $0.43 per share, marking 39 consecutive years of increased payments at an 18% annual growth rate.

The company is committed to returning at least half of its free cash flow to shareholders, which forces it to avoid M&A for the sake of looking busy and remain focused on increasing profitability. If this combination of relatively predictable growth and discipline doesn't help you relax about checking your portfolio, then you should probably see a doctor.

Cory Renauer owns shares of Johnson and Johnson and Medtronic. You can follow Cory on Twitter @TMFang4apples or connect with him on LinkedIn for more healthcare industry insight.

Why Roivant Sciences' Shares Are Up Thursday

3 Growth Stocks That Are Too Cheap to Ignore
370%