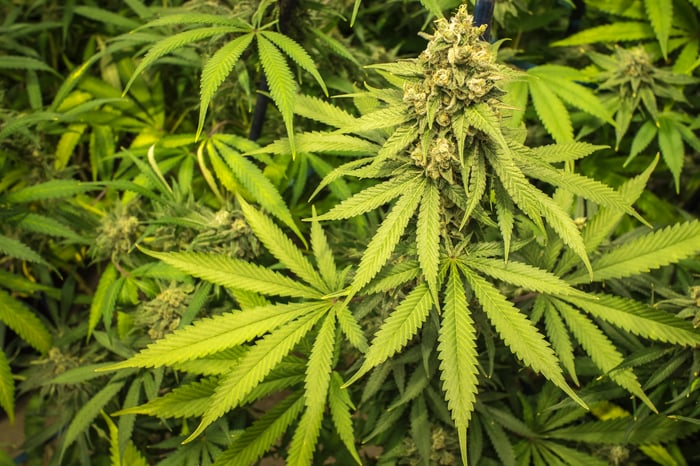 Support for marijuana legalization has grown dramatically over the past decade since California first passed laws permitting its use for medical reasons, but not everyone is on board. Aside from groups you'd expect to be opposed to it, like those in the healthcare industry, many were surprised to learn the alcohol industry was also aligned against it. Considering the failure of Prohibition to curb alcohol usage, you'd think the industry would understand the drive to legalize marijuana.

Yet an article in The Intercept said the industry was helping to "bankroll" the drive against pot and pointed to financial contributions made by it to organizations fighting legalization in Massachusetts -- beer and liquor companies expressing concern over what effects legalization would have on their business. Although the article says the industry isn't unified in its opposition, pointing to a number of craft brewers that support it, they needn't be so worried about the big guns, either. The industry has larger concerns than whether someone is taking a bong hit.

Marijuana legalization is not a top priority

According to OpenSecrets.org, the beer, wine and liquor industry has spent around $100 million in the last five years on various lobbying efforts. It's dropped over $14 million in 2016 alone. But the sole contribution the "industry" has made to anti-pot efforts in Massachusetts totaled $25,000, and that was made by the state's beer distributors political action committee, out of a total of $363,000 raised against it.

The PAC's donation, while representing less than 7% of the total, is hardly a mad rush by beer and liquor companies to stamp out reefer madness, and it's dwarfed by the $100,000 contribution kicked in by the Health Foundation of Central Massachusetts. Restaurant developers have also kicked in $25,000, but there's no suggestion restaurateurs are lining up against the legalization effort.

And very few brewers and distillers are stroking their worry beads about it. In fact, just two companies have mentioned the potential: Boston Beer (NYSE:SAM) and Brown-Forman (NYSE:BF.B).

In its annual report filed with the Securities and Exchange Commission this past February, Boston Beer, the owner of brands such Samuel Adams, Angry Orchard, and Twisted Tea, barely mentioned the issue. "Certain states are considering or have passed laws and regulations that allow the sale and distribution of marijuana. It is possible that legal marijuana usage could adversely impact the demand for the Company's products."

Brown-Forman, which owns Jack Daniel's whiskey, was also able to barely summon the strength to bring it up, listing marijuana legalization near the bottom of a list of things that could cause a shift in consumer preferences. Economic conditions, demographic and social trends, public health policies, and changes in government regulation of alcoholic beverages all ranked higher on its list of priorities. It's also made the same statement each year since 2013 while Boston Beer raised it for the first time last year.

Yet a check of annual filings from Anheuser-Busch InBev, SABMiller, Molson Coors, Diageo, and numerous other brewers, distillers, and distributors show no similar mention of marijuana legalization in their filings, indicating it's not a widespread concern.

As Brown-Forman's filing suggests, the alcohol industry is more worried about the impact legislation specific to its industry will have on it, or as OpenSecrets writes, "This industry, made up of wine, beer and liquor producers, distributors, and wholesalers as well as liquor stores, tends to lobby Congress on alcohol taxes and regulations -- and little else."

Sure, we may find individual companies and organizations lined up against marijuana out of a belief that legalization will hurt their business, but it's not widespread and certainly not industrywide.

Indeed, even Boston Beer seems ambivalent enough about legal weed that it had no compunction about selling a plot of land it had once considered building a brewery on to medical marijuana company AmeriCann, which will use the site for marijuana cultivation and processing.

Marijuana legalization faces some strong headwinds in achieving its goal. Opposition from the alcohol industry isn't one of them.