These charts show why this 3D bioprinting leader's stock is doing well and could enjoy even more success in the years to come.

Is 3D bioprinting poised to take off in a major way? Organovo Holdings (ONVO 3.01%) thinks the answer is "yes." The company is a leader in 3D bioprinting of human tissues, with two products commercially available, ExVive3D human liver tissue and ExVive3D human kidney tissue. There's much that could be said about Organovo, but the following three charts tell the key things investors need to know about the up-and-coming company.

After a few terrible years, 2016 is looking very good for Organovo stock. Shares have soared 60% year to date. 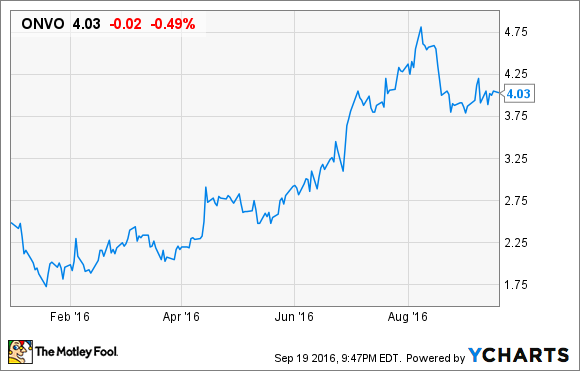 What's the potential for 3D bioprinting? Organovo would likely point to information shown in the following chart in answer to that question. 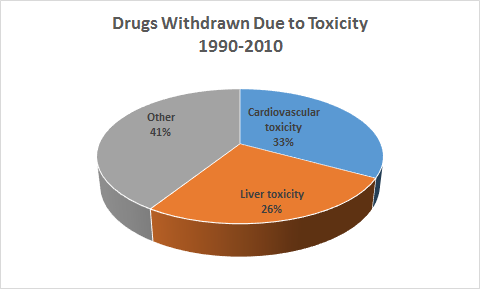 From 1990 through 2010, a total of 39 drugs were withdrawn from the market due to toxicity. Add to that number another 35 drugs during the same time period that failed in late-stage testing because of toxicity. It's clear that a need exists to be able to better predict toxicity levels earlier in the drug development process.

That's where Organovo's 3D bioprinted human tissues come to the rescue. At the Society of Toxicology's annual meeting in March, the company presented data that demonstrated how its ExVive liver tissues can detect toxicity earlier than animal tissues.

Organovo also teamed up with Roche researchers for a scientific publication in July. Scientists from the two companies detailed how Organovo's 3D human liver tissue was able to identify toxicity in Trovan, an antibiotic that was launched in 1998 but subsequently yanked from the market when patients died from liver failure after taking the drug.

It's this capablity for early toxicity detection that makes Organovo think the market for 3D tissues is significant. The company continues to project that it can eventually reach annual sales topping $100 million.

While Organovo's shares are performing well and the potential for its technology looks promising, the company still faces a stark financial reality: It's losing money. Can Organovo keep operations rolling without being forced to dilute its share price through a public stock offering? Here's how the company's cash position is trending over the last 12 months. 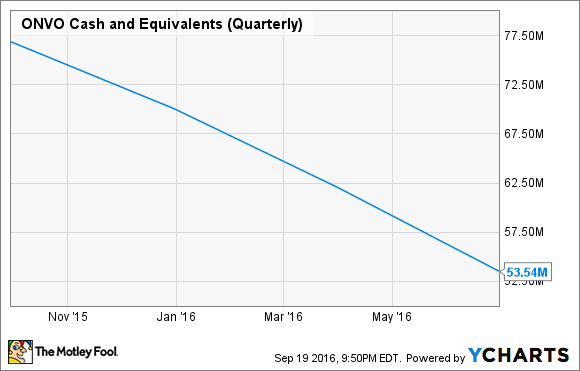 Investors don't need to get too worried about dilution just yet, though. Organovo's net cash utilization was $8.6 million in its last quarter. The company expects to burn through another $23.9 million to $27.9 million over the next three quarters.

Even better, Organovo's financial position is improving. Organovo made only $1.5 million in revenue in fiscal 2016 but projects revenue between $4 million and $6 million for the current fiscal year, which began in April 2016. If the company can keep growing sales at that rate, it shouldn't be in danger of running out of money.

Admittedly, Organovo still faces risks. For one thing, 3D bioprinting of human tissues is still relatively new. There could be challenges in winning over customers that aren't early adopters of new technology. Organovo also faces competition from smaller rivals.

However, I'm cautiously optimistic about Organovo's chances. The company continues to attract major customers willing to try 3D tissues. More presentations and publications should help convince skeptics about the value of ExVive3D. I think 3D bioprinting just might be a technology on the cusp of taking off. If I'm right, Organovo should have even more impressive charts in the years to come.