Please ensure Javascript is enabled for purposes of website accessibility
Log In Help Join The Motley Fool
Free Article Join Over 1 Million Premium Members And Get More In-Depth Stock Guidance and Research
By Daniel Miller – Sep 27, 2016 at 8:43AM

Among the quarterly and full year data for the aftermarket automotive parts retailer, a few items are key. 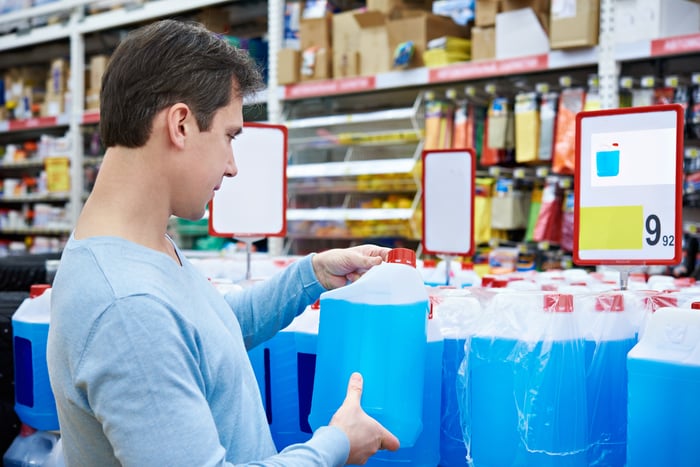 If it seems you can't drive more than a few miles without seeing an AutoZone (AZO -0.48%) store, that's probably not far from the truth. As a leading seller of aftermarket automotive parts and products for do-it-yourselfers, its footprint includes nearly 5,300 stores within the U.S. market alone. That's good news for its shareholders, considering miles traveled have increased on the back of cheap gasoline prices. AutoZone just recently released its fiscal year fourth-quarter results; let's dig in and see how it performed compared to expectations.

Starting from the top, AutoZone's revenue climbed 3.3% to $3.4 billion, which was in line with consensus estimates from Thomson Reuters of $3.43 billion. Net income was $426.8 billion, 6.4% higher than last year's Q4. That helped drive diluted earnings per share 12.2% higher to $14.30, compared to last year's $12.75 and a nickel ahead of analysts' estimates. AutoZone's Q4 gross profit as a percentage of sales climbed 30 basis points to 52.8% thanks to lower acquisition costs and favorable legal costs compared to last year's Q4.

The quarter closed the books on the full year -- one that brought a mixed bag of results. On one hand, full-year same-store sales were up only 2.4%, which wasn't horrible, but was certainly underwhelming; investors would like to see increases closer to 4%. On the other hand, operating profit moved 5.5% higher with a healthy margin of 19.4%. Further, net income and EPS moved 7% and 13% higher, respectively.

If you're wondering why the EPS jumped higher than the other metrics, you can thank AutoZone's strict focus on returning value to shareholders through share buybacks -- something AutoZone has done exceptionally well throughout its history as publicly traded company. 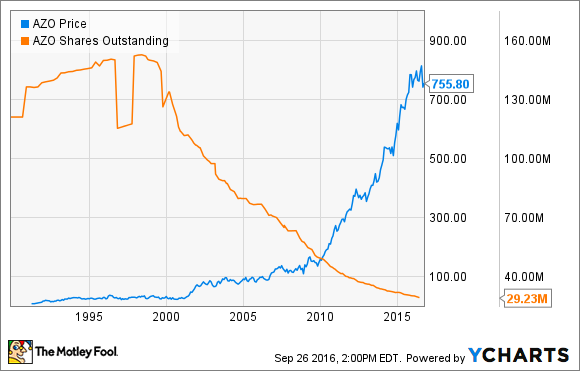 Another impressive figure from AutoZone was its return on invested capital (ROIC), which measures how effectively management generates a return on the capital it deploys. For the full year, according to AutoZone, its ROIC was 31.3%, and the figure has remained elevated in recent years. 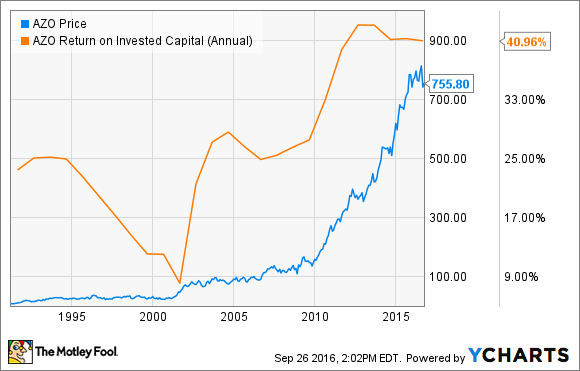 While those figures are impressive, one development investors should keep an eye on is AutoZone's commercial program. Think of commercial business as customers who prefer for AutoZone to complete the repairs or vehicle work for them -- the do-it-for-me crowd. AutoZone continues to lag its peers, Advanced Auto and O'Reilly Automotive, in commercial sales, but the company is spending capital to catch up. As of the fourth quarter AutoZone had 4,390 total commercial programs, up 6% from the prior year, and its domestic commercial sales were 5.2% higher.

As vehicles continue to get more complex, commercial sales will play a much larger role in AutoZone's financials -- making them something definitely worth keeping an eye on. That aside, it was a solid quarter from AutoZone, and the company continues to dish value out to shareholders through share buybacks, and deploy capital in an extremely efficient manner.

Daniel Miller has no position in any stocks mentioned. The Motley Fool owns shares of O'Reilly Automotive. Try any of our Foolish newsletter services free for 30 days. We Fools may not all hold the same opinions, but we all believe that considering a diverse range of insights makes us better investors. The Motley Fool has a disclosure policy.