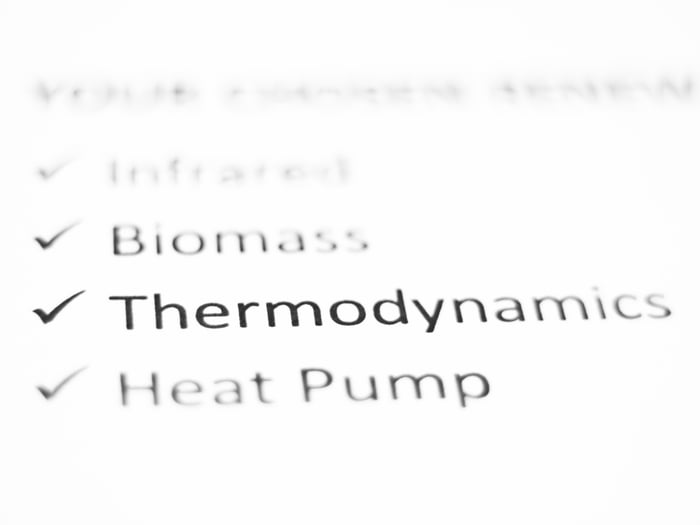 The first Tesla (NASDAQ:TSLA) Gigafactory will churn out enough batteries for 500,000 electric vehicles per year. But even after that, there will be roughly 20 GWh of capacity remaining -- all expected to be devoted to the company's energy storage ambitions.

Today, those include products aimed at daily home use for consumers, grid management for commercial users, and grid response for utilities. Tomorrow, they're likely to include solar roofs, which are expected to be unveiled in late October and could decide how history remembers the pending acquisition of SolarCity (NASDAQ:SCTY.DL). Put simply, there's a lot riding on Tesla's success in energy storage.

To increase its chances, the company wisely decided to discontinue the larger 10 kWh Powerpack that used the same lithium-ion chemistry for its electric vehicles, and it's going all-in on a 7 kWh Powerwall that relies on a chemistry better-suited for stationary applications. There's just one problem: Even with the change, today's lithium-ion chemistries are not well suited for daily home use -- and batteries with different materials are already competing on price, safety, and lifetime. While Tesla can throw more money at the market than most competitors today -- and make outlandish claims about the performance of its system that are verifiably false -- it can't outrun the limitations of thermodynamics.

Now consider the key metrics for Tesla's lithium-ion battery used in its electric vehicles and the discontinued Powerpack.

Chemistry and application matter tremendously for energy storage systems. The NCA chemistry is probably the best lithium-ion chemistry commercially available for an electric vehicle. It boasts the highest energy density, which results in less weight. And although 500 deep cycles is among the lowest available for lithium-ion chemistries, that's actually more than enough for driving purposes. Most people drive fewer than 50 miles per day -- hardly a taxing depth of discharge level for a battery allowing 200 miles of driving -- which should allow the battery to maintain significant levels of performance for the life of a car.

Ironically, you would be hard-pressed to find a worse chemistry for daily home energy use than NCA. Whereas high energy density means saving precious space and weight for on-the-move applications, it's less important for stationary applications. That's especially true when it comes with significant trade offs, such as one of the lowest thermal runaway temperatures for lithium-ion chemistries and a performance that deteriorates very quickly after only 500 deep cycles.

For those very simple reasons, Tesla decided it needed to manufacture different chemistries for different applications. While electric vehicles will stick with the more-than-adequate NCA chemistry, Powerwall will be powered by a slightly safer chemistry that allows more cycles, even if it's slightly heavier.

While better than NCA, NMC chemistries don't alter the fact that home energy storage remains a challenging market for everyone, especially lithium-ion chemistries. Nor does it change the fact that Tesla's marketing is misleading.

Here, "daily cycling" means using a deep cycle every day. Tesla's website even lists "100% depth of discharge" in the specs for the Powerwall. In other words, Musk and Tesla are marketing the Powerwall as being able to achieve 5,000 deep cycles before its capacity degrades below 80% of the original 6.4 kWh. Thermodynamics says those numbers are incompatible.

So does Panasonic -- the manufacturer of the cells used in the Powerwall battery.

The numbers from Battery University in the tables above are well below Musk's 5,000 cycles claim, but are actually well above what Panasonic claims its products can achieve. The company's spec sheets say the chemistry it supplies is rated for perhaps only slightly more than 500 deep cycles before performance deteriorates significantly. If each cycle is equivalent to one day of use, then Tesla is claiming the Powerwall can be used daily for 164 months, while Panasonic's tests show daily use only holds up for 16 months.

If that discrepancy weren't troubling enough, consider that while Tesla boasts about a 10-year warranty on Powerwall (link opens PDF), it actually excludes "normal degradation of your Powerwall's energy capacity over time." In other words, if you used the system as marketed by Musk and Tesla, and it begins to lose significant capacity in the second year of use, as predicted by thermodynamics, then you're stuck with a more than $3,000 wall ornament.

It gets worse for Tesla when investors consider that several non-lithium-ion batteries are significantly better performing. The ultra-safe saltwater battery from Aquion Energy can achieve 3,000 cycles at 100% depth of discharge and sells for a comparable price-per-kWh to the Powerwall. Tesla may have a Gigafactory, but other companies have thermodynamics on their side.

I find it amazing that no one has checked these claims with more thorough technical analysis, instead relying on the company's own marketing. The somewhat good news is that Tesla hasn't sold that many Powerwalls to individual customers, so even if (or when) thermodynamics reminds everyone that it beats hyped-up marketing every time, the company may not be on the hook for many rebates or angry customers. However, the company's energy storage ambitions for daily home use are severely limited by lithium-ion chemistries in general and could jeopardize the long-term market success of a solar-roof product with SolarCity. Investors counting on energy storage markets as a source of spectacular future growth should begin to limit their expectations.