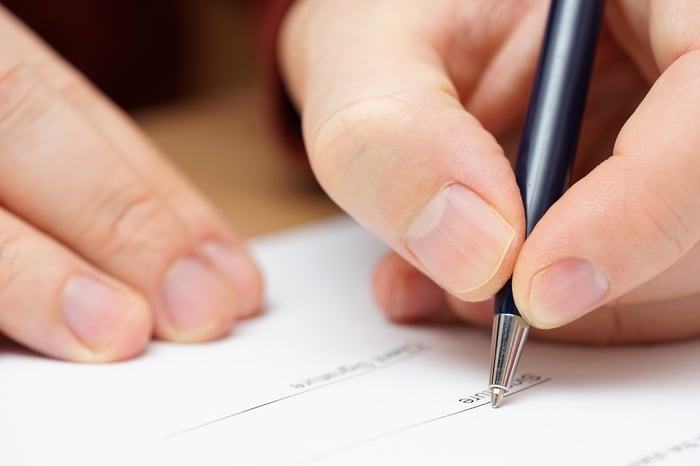 This morning, Anavex Life Sciences (NASDAQ:AVXL) announced an agreement with Biogen (NASDAQ:BIIB) concerning the latter's only clinical-stage candidate, Anavex 2-73. Biogen will conduct a laboratory study with 2-73 in cultures of cells that might play a role in multiple sclerosis, and if the results are positive it will test it in animal models.

A disruption in the association between nervous system cell power stations and the site of protein synthesis is a common feature among neurodegenerative diseases such as multiple sclerosis and Alzheimer's. Anavex's candidate, 2-73, is thought to restore these associations by acting on sigma receptors, a process that has been well studied over the years without leading to any new drug approvals.

To the uninitiated, Anavex's agreement with Biogen may sound like a huge development, but it isn't -- not yet. The odds of it leading to a big new drug development partnership between Anavex and Biogen are extremely long. That hasn't stopped the market from sending Anavex shares surging more than 40% this morning.

Considering Biogen's available resources, testing 2-73 in a laboratory setting is certainly worth the effort, but you should understand the vast majority of laboratory studies never result in human trials. The odds of Biogen advancing 2-73 to a stage that would lead to a big payment to Anavex are slim.

There was no mention of any upfront cash offered by Biogen for the chance to test 2-73 in the lab, and certainly no mention of partnering with Anavex to advance its stalled Alzheimer's disease program into a costly phase 3 trial. Anavex Life Sciences has made more than a few bad moves recently. This minor deal isn't one of them, but it hardly warrants the big stock movement seen today.