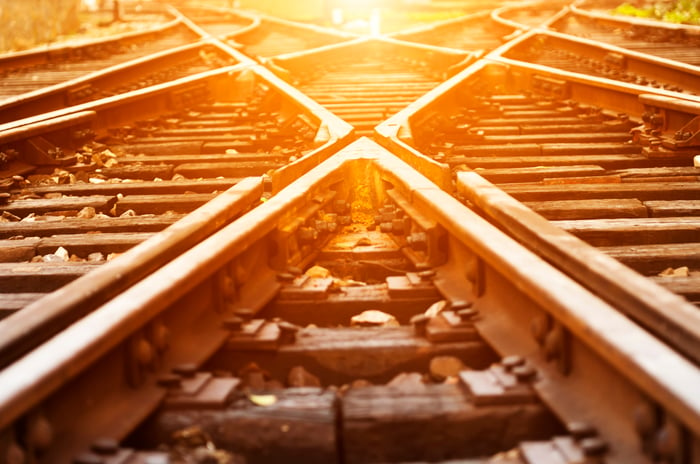 Writing for The Verge, Vlad Savov recently argued that microprocessor giant Intel (NASDAQ:INTC) "let Apple (NASDAQ:AAPL) down once with the original MacBook's underpowered Core M processor, and the absence of an Intel Skylake upgrade for either the MacBook Pro or Air this year also seems to have been caused by Apple's dissatisfaction with Intel's CPUs."

Savov continues, declaring that "there is nothing that Apple would like to do more than rid itself of its reliance on Intel, which would eliminate such unforeseen hiccups in the future."

To that, I respond with the following: Don't be ridiculous.

If the first-gen Core M is under-powered, what was the A8X?

The first point that Savov brings up is the fact that the first-generation of Core M processor inside of Apple's first 12-inch fan-less MacBook was "underpowered."

I can sort of see what the author is talking about here. Intel's marketing claim that these chips delivered "the experience of Intel Core in fanless form factors" was something of a stretch. However, it was a reasonable first step.

It looks to me that despite Savov's claim that the original Core M chip was "underpowered," Apple wasn't really fielding anything better at the time.

Later in 2015, Apple released the A9X chip, and Intel released a second-generation set of Core M processors based on a new architecture. The A9X was quite impressive, achieving a single-core score of 3150 and a multi-core score of 4893 -- almost as good as the first-generation Core M chip that Savov dissed.

The second-generation Core M-6Y75, in the same Geekbench 4 test, achieves a single-core score of 3715 and a multi-core score of 6974 -- solidly ahead of the older Core M chip, as well as Apple's A9X. This score is also better than what the A10 Fusion is able to put up (though if I were Intel, I would probably be sweating the fact that a smartphone processor is able to come this close to a late 2015 fan-less notebook/2-in-1 processor).

Intel has already announced the successor to the Core M-6Y75, known as the Core i7-7Y75, which should pull even further ahead of the A9X. That being said, I do expect Apple's upcoming A10X to be very close in performance to the i7-7Y75 (in Geekbench 4, my guess is that single-core performance between the two will be similar, with Intel pulling ahead in multi-core performance), which should be an excellent achievement for Apple.

Apple is good -- really good. But it's important to keep in perspective that we are not comparing tablet-class Apple processors to power-hungry desktop processors -- we're comparing the Apple chips to very low-power Intel processors suitable for very thin and light fan-less devices, such as the 12-inch MacBook.

Savov claims that if a company wants to "develop the next great processor," that company had "better be going mobile first and building from there." Given the amount of effort that Intel has been putting into its low-power notebook processor efforts over the last several years, and given the fact that Intel has successfully developed Core architecture chips that can adequately power thin, light, and fan-less devices, such as the 12-inch MacBook, it's not clear where the author's criticism of Intel's efforts comes from.

How about that second claim?

It has been widely reported that Apple is planning substantial form factor and technology changes to its next-generation MacBook Pro products. These systems will very likely use Intel's sixth-generation Core processors.

If Apple is going to adopt these Intel processors anyway (albeit later than the rest of the industry), does it really make sense that the reason that we can't buy Skylake-based MacBook Pros today is that Apple is "dissatisfied" with Intel's chips?

It seems more likely to me that Apple didn't see the point in updating its systems with newer Intel processors without significant form factor/user experience changes elsewhere.

In other words, it looks more like a matter of Apple's Mac software/hardware development timeline not synchronizing with Intel's processor release cadence (which, frankly, is probably more dictated by the likes of Dell than by Apple) more than anything else.