Stocks rose on Wednesday after the Federal Reserve released meeting minutes that showed debate over the timing of the central bank's next interest-rate hike. While up by as much as 0.4% in the early afternoon, both the Dow Jones Industrial Average (DJINDICES:^DJI) and the S&P 500 (SNPINDEX:^GSPC) indexes finished roughly 0.1% higher.

Market volatility around the Fed's announcement produced slight uptick in the ProShares Trust Ultra VIX Short ETF (NYSEMKT:UVXY). A slip in the price of crude oil, meanwhile, drove the United States Oil Fund (NYSEMKT:USO) down by 1%.

As for individual stocks, Stanley Black & Decker (NYSE:SWK) and Fortinet (NASDAQ:FTNT) made notable moves on Wednesday.

Investors pushed Stanley Black & Decker's stock up 3% after the company announced an agreement to purchase Newell Brands' tool business. Priced at $2 billion, this deal would be its first major acquisition since 2013 and promises to bring popular hand tool franchises like Irwin and Lenox into the Black & Decker portfolio. "This transaction, with our multi-faceted approach to revenue expansion, is entirely consistent with our strategy of driving above-market growth in a low-growth world," CEO James Loree said in a press release.

Black & Decker hasn't enjoyed strong revenue gains lately. In fact, poor selling conditions in the industry kept sales growth to just 2% in the most recent quarter. A closer look at the results shows why management is so excited about this acquisition, though. Its tools segment is its most profitable and fastest-growing division, delivering 8% organic growth in Q2 compared to the companywide 4% figure. The Newell tools purchase, then, has the potential to accelerate both sales growth and overall profitability.

Black & Decker forecasts that the deal will add $0.15 per share in profits in the first year with gains growing to $0.50 per share by year three. Investors can also expect more acquisitions of this magnitude ahead. Executives explained that going forward, they plan to direct as much as half of the company's free cash flow toward buyouts.

Cybersecurity specialist Fortinet fell 10% after announcing preliminary third-quarter results that were below management's expectations. Billings should weigh in at $346 million, executives said, compared to the $374 million that they had targeted in late July. Revenue will come in light as well, at $313 million versus the $321 million prior forecast. Finally, profit will be closer to $0.16 per share than the $0.18 per share management had originally projected. 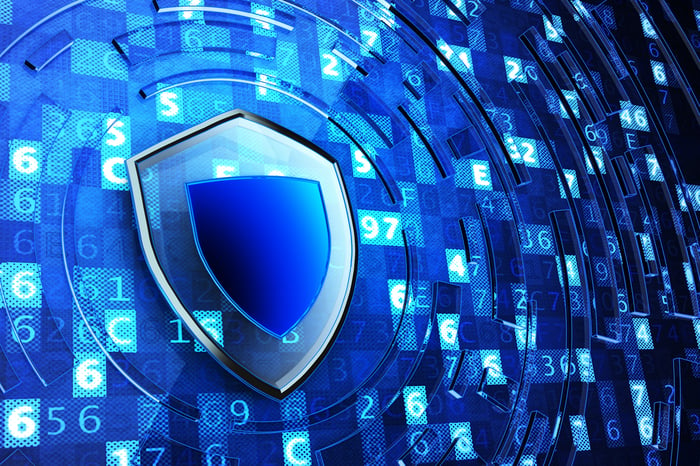 Fortinet's management described several challenges that are pinching its results right now. The biggest negative impact came from "the lengthening of deal cycles as enterprises are becoming more strategic with their purchasing decisions and buying with less urgency," CEO Ken Xie said in a press release. Fortinet also struggled with "sales execution challenges" in North America, along with general economic weakness in the U.K. and Latin America. "We are disappointed with our third-quarter performance," Xie explained.

Given the scope of those issues, it will likely take some time for the software maker to fully respond. Fortinet can make some quick improvements to its sales infrastructure, but there isn't much that management can do about soft economic growth or the fact that IT managers are delaying their purchasing decisions to lower their own costs. Investors will get more details when Fortinet posts its full quarterly results on Oct. 27, but that report will probably include a downbeat forecast for the company's full-year results.