Microprocessor giant Intel (NASDAQ:INTC) has been telling investors for quite a while now that one of the business units that it's counting on for long-term growth is its Internet of Things, or IoT, segment.

Although IoT is something of a catch-all term for a wide variety of applications, Intel's IoT business -- per a company presentation last year -- focuses on delivering platforms (that is, processors and other related components) into the areas shown in the following slide: 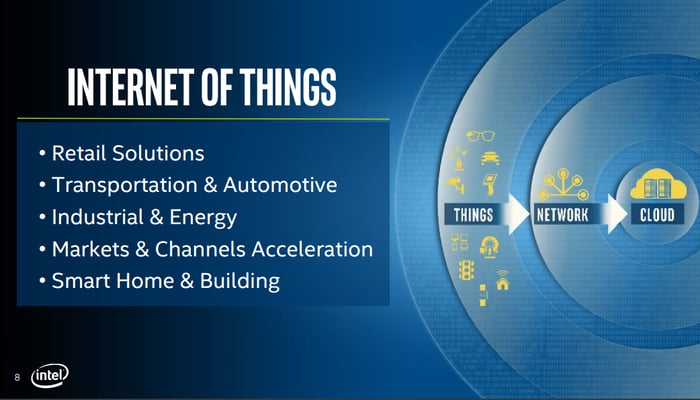 Altogether, Intel pegged the served addressable market, or SAM, of these segments at $15 billion to $18 billion -- clearly a sizable opportunity for the chipmaker.

Given the long-term revenue potential of this market, it's important for investors to keep an eye on how Intel's IoT business performs, and in the company's most recent quarter, it performed quite well.

Double-digit growth for the IoT business in Q3

During the third quarter, the IoT business generated $689 million of revenue, up 18.6% year-over-year. Profitability also improved during that period as operating income jumped from $150 million to $191 million, more than 27% growth.

That revenue figure, per Intel CEO Brian Krzanich, represented an "all-time revenue record" for this business unit. The executive cited "strength across the board in retail, video, and transportation segments" for the strong result.

Year-to-date, the IoT business has brought in $1.912 billion in revenue for Intel, representing about 14.3% growth over the year-ago period. Operating profit, on the other hand, is up just 5.4%, potentially reflecting the fact that the company has ratcheted up its investments in new products and technologies for this business.

Intel is investing more in the IoT

Intel Executive VP and former CFO Stacy Smith pointed out on the earnings call that Intel's restructuring program announced earlier this year is allowing the company to make "incremental investments in critical areas like the data center, Internet of Things, and memory."

So far, the company has done a good job of capturing a significant portion of the SAM available to it in this market. If we assume that Intel's IoT business closes out the year delivering around 14% revenue growth (approximately $2.62 billion total), then the company will have captured anywhere from 14.5% to 17.5% of its served addressable market.

That's a solid market share, but Intel is likely betting that with a more compelling, targeted set of products for the clients that it serves, it will be able grow its share of the overall market. Those "incremental investments" that Smith talked about are likely aimed at allowing Intel to do just that. 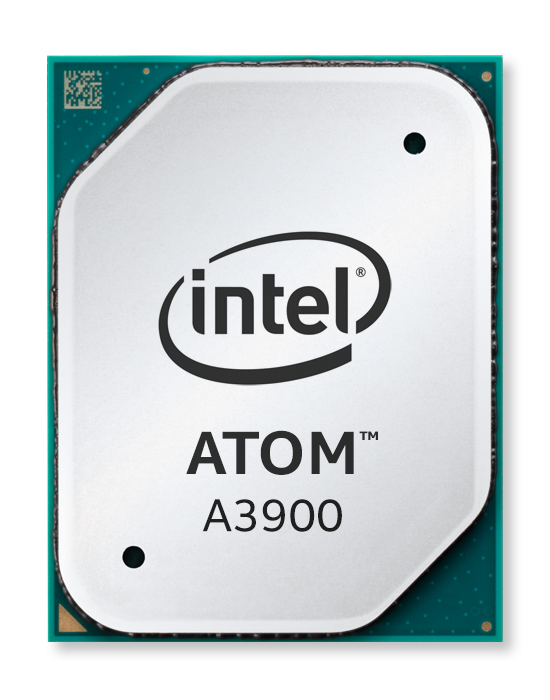 In fact, we are beginning to see the first fruits of Intel's increased investments in the Internet of Things. Just this week, AnandTech posted some information about a recently launched set of processors from Intel aimed specifically at IoT applications.

Indeed, while Intel has been selling IoT-specific products into these applications, they have usually been based on the same exact silicon as chips used in other segments (PCs, tablets, and so on).

In the case of the new Atom E3900 and A3900 chips, Intel has reportedly designed specialized system-on-chip products that incorporate much of the fundamental technologies used in other products (CPU cores, graphics) as well as IoT-specific technologies (you can read more about them on AnandTech).

Time will tell if these investments in IoT-specific chips will pay off, but the odds -- especially considering the success that Intel has enjoyed in this market thus far -- look good.