On Oct. 27, Apple (NASDAQ:AAPL) introduced its long-awaited refresh to the MacBook Pro lineup. The company released three new models, including two 13-inch models and a 15-inch model. These machines have seen substantial improvements across the board, ranging from much better displays to faster processors, and a lot more.

Although Apple managed to deliver some nice generation-over-generation improvements, it is very likely that the company's next MacBook Pro refreshes -- which I expect to come in the first half of 2018 --- will include some very substantial upgrades in one critical area: processor performance. 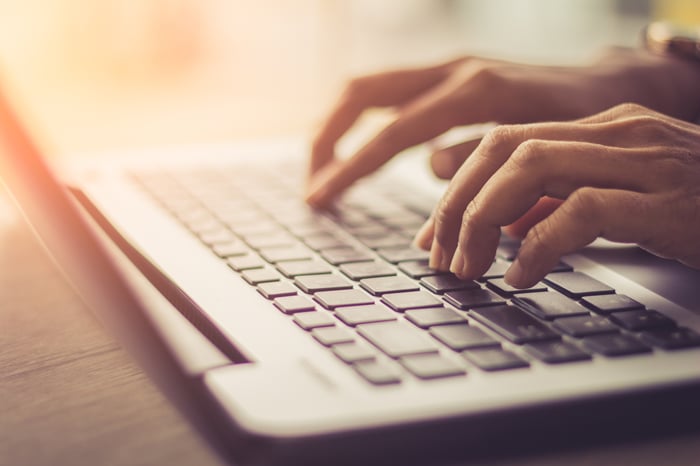 Get ready for a large leap in performance

The 15-inch MacBook Pro enjoyed a bump from Intel's 2013 Haswell architecture to its much more modern Skylake architecture. That's a two-generation leap. However, even though the underlying processor architectures in the newer MacBook Pro systems are improved relative to those found in the prior-generation models, one thing has remained constant across the board: processor core count.

More cores for the Mac

Intel's next-next generation processor lineup, code-named Coffee Lake, is expected to come in a couple of new configurations that should be quite interesting to Apple.

Apple's tight control of the hardware and software could better position it to find compelling use cases for the additional performance, and should Apple market the increase correctly, it could help to fuel a robust MacBook Pro upgrade cycle. We could see one even stronger than what we'll witness with Apple's recently released MacBook Pro systems -- though the strength of that remains to be seen.

Not a game changer for Apple stock, but...

The Mac product line isn't the major driver of Apple's revenue or profit. The iPhone is. Nevertheless, it's important for Apple's non-iPhone businesses, such as its Mac business, to perform as well as possible to provide something of a cushion in case the company's iPhone business has a bum year, as it did during fiscal 2016. Apple credited Mac with 12% of revenue in the fourth quarter.

As long as Apple makes sure it delivers compelling new Mac systems at a regular and predictable cadence through a combination of delivering its own hardware and software innovations and leveraging innovations from key component suppliers, it stands a pretty good chance of keeping its Mac business healthy.