Most people have experienced a four-hour appointment window that the service provider still manages to miss. And many American consumers have been stuck in an endless phone loop desperately trying to speak with a person while the automated service does everything but transfer them to a human being.

It's not universal, and certainly there are some companies that treat customers well the vast majority of the time, but poor, even awful, customer service happens often enough that nearly everyone is familiar with it.

"We are living in a crisis of customer service. Manners are worse than ever. The bar has been lowered and we expect to be on hold for 15 minutes or more," wrote etiquette guru and Ask April advice columnist April Masini in an email to The Motley Fool. "Vendors require your compliance to their delivery schedule, and not the other way around."

The person answering your call may not have the information needed to help you. Image source: Getty Images.

Which companies are the biggest offenders?

Internet providers and cable companies generally rank at the bottom of all industries rated by the American Customer Satisfaction Index (registration required). There is, of course, a lot of overlap between those two categories, which did both show improved scores in 2016, albeit still while being among the industries consumers are least satisfied with.

That's partly explained by the fact that for decades companies including AT&T (NYSE:T) Verizon (NYSE:VZ), and Comcast (NASDAQ:CMCSA) simply did not have to treat people well because they held a monopoly. If you have only one choice for phone, internet, or cable service, then you have to put up with endless phone waits, missed appointment windows, and other insults that are routinely hurled at customers.

That should have changed now that all of those brands face competitors (and Comcast has made a massive effort and investment to improve its customer service), but in many places it has not. That's partly because even where there is choice, switching can be a major hassle, forcing customers to let themselves be treated badly as they remain with the offending company.

It's confounding, but it should not be surprising, according to Chiranjeev Kohli, a Cal State Fullerton marketing professor who told The Motley Fool via email that in the end it all comes down to money and the fact that bad customer service does not always have the negative impact you would expect.

"Companies look at their bottom line. As margins get squeezed, customer service comes on the radar as a possible line item that can be cut. And, since it can be quite expensive, it is a tempting target," he wrote. "Also, while the general impression may be that customer service is critical, evidence often suggests otherwise -- particularly for a segment of the consumers."

Kohli cited the success of no-frills airlines (with poor service) and the growth of dollar stores as proof that consumers are willing to sacrifice service for a better deal.

Companies are not using the right tools 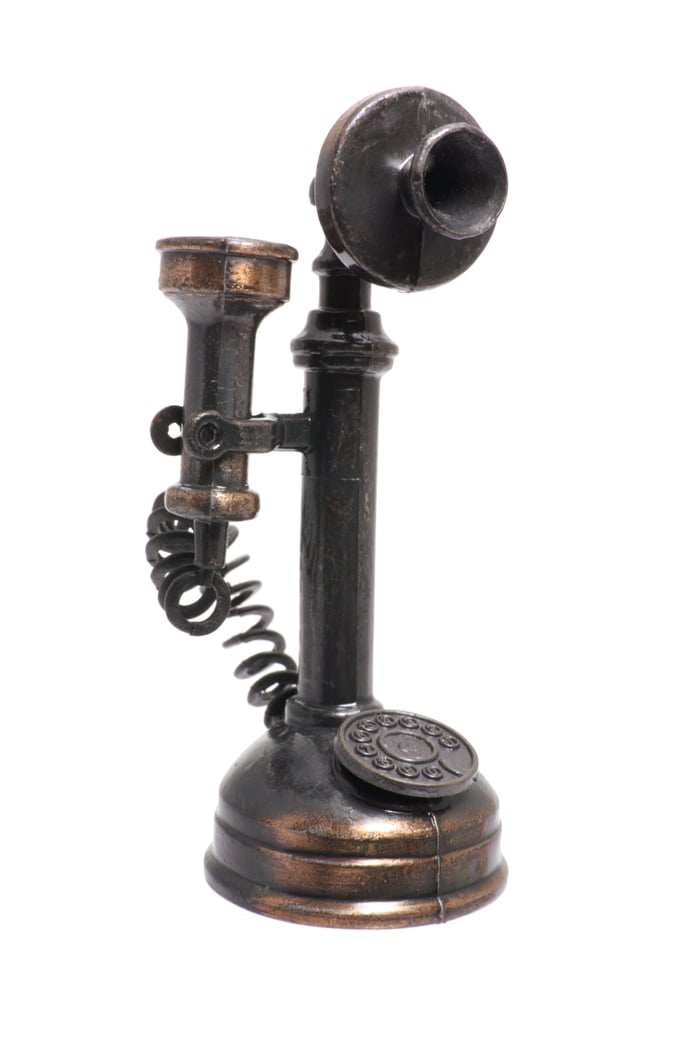 Almost anyone who has ever called a customer-service line has experienced entering information -- an account number, a phone number, or something else -- only for the service person to not have that info at hand when he or she finally picks up. That's frustrating, but Senders CEO Florian Seroussi, whose company focuses on improving interactions between businesses and people through software, believes that level of frustration is only a small piece of the problem.

"Every call to support or customer service feels like a first time date vs. a long-term relationship," he told The Motley Fool in an email. "That's because businesses often aren't applying the information they already have collected about customers, or what they can easily find available online. This lack of a complete picture about the customer often adds to the delay in understanding about the customer's product or service installations."

He explained that in many cases the customer service person who should be solving your problem lacks the needed information to actually do so.

In the short  term, many companies view customer service as an expense that can be cut. It's easy to see how a budget line item that does not produce revenue would be viewed that way, but skimping on customer service can have a direct impact on the bottom line, according to Texas A&M University marketing professor Leonard Berry, who has written a number of books on the subject.

"Senior managers often fail to understand the hidden, long-term 'costs' of poor service that include costly customer loss, high turnover of the most service-minded employees, negative customer word of mouth and word of mouse, and reputational damage," he told The Motley Fool via email.

Berry believes that in many cases companies are defining what customers want incorrectly. In some cases, he wrote, that means prizing pricing over treating people well.

"This focus on price as value encourages underinvestment in essential operational categories, such as frontline employee training," he said, noting that value to the customer also includes perceived non-price costs, such as inconvenience or having to deal with indifferent employees. "I teach customer value to my students as 'benefits received for burdens endured.' " Does talking to "customer service" sometimes feel like this? Image source: Getty Images.

Josh Plaskoff, director of the Learning and Experience Design Center of Excellence at HighPoint Global, agrees with Berry. He told The Motley Fool via email that the foundation of business is relationship, a lesson that is often overshadowed by techniques in marketing and operational strategies,

"Short-term and immediate requirements overshadow long-term potential and the customer becomes just another object in the machine," he wrote. "Operating transactionally, with its emphasis on objective metrics and engineered processes, feeds leaders' illusion of control and predictability. These are important for good organizational operation; however, when they become dominant at the expense of relationship with customers, customer service suffers."

Plaskoff explained that you have to treat customers as people with feelings, emotions, needs, and a story.

"Working with customers on needs and resolution of issues is not a quid pro quo transaction -- you give me something and I'll give you something and we'll go our merry way," he wrote. "It is the building of long-term trust and care for the customers as people in the context of their stories."

Why is customer service so bad?

In short, customer service is often lousy either because a company does not see the value of treating people well or because the ability to actually do that has been sacrificed to budget cuts.

For cable and internet companies, treating people well has essentially been viewed as a needless expense because consumers could not (or would not) go elsewhere. That's changing, at least with Comcast and a few others in the space, but for many Americans, the missed four-hour appointment window and endless time spent waiting on hold remain a reality.