One of Tesla Motors' (NASDAQ:TSLA) biggest selling points for its all-electric vehicles is the company's expansive network of the world's fastest charging stations. These charging stations, which blanket most major highways across the U.S., Western Europe, China, and Japan, among other places, can charge a Tesla vehicle with up to 170 miles of range in as little as 30 minutes. Best of all, anyone who buys a Tesla today gets free, lifetime access to the network for use while traveling long distance. But this is about to change, Tesla announced Monday morning.

From free to fee

It was inevitable. At some point, Tesla would start requiring some customers to pay a fee for its Superchargers.

Sure, Tesla has promised current owners lifetime access to the network for long-distance travel -- and Tesla still plans to fulfill this promise. But as the company's annual vehicle sales continue to skyrocket, it was becoming increasingly clear that free charging simply wouldn't be sustainable -- especially ahead of the company's plans to increase annual production from an estimated 80,000 vehicles this year to about 500,000 in 2018.

Tesla CEO Elon Musk began hinting of plans to monetize the network earlier this year, shortly after the company unveiled the design of its lower-cost Model 3.

"The obvious thing to do is decouple that from the cost of the Model 3," Musk said in May during the company's annual shareholder meeting. "I wish we could [make Model 3 Supercharging free], but in order to achieve the economics, it has to be something like that."

But the official plan for monetizing the network is finally beginning to surface. Here's what Tesla has said about its plan for Supercharger economics so far: "For Teslas ordered after January 1, 2017, 400 kWh of free Supercharging credits (roughly 1,000 miles) will be included annually so that all owners can continue to enjoy free Supercharging during travel. Beyond that, there will be a small fee to Supercharge which will be charged incrementally and cost less than the price of filling up a comparable gas car."

Furthermore, "Prices may fluctuate over time and vary regionally based on the cost of electricity," Tesla said.

These changes, Tesla confirmed, will not impact current owners. Additionally, anyone who orders a Tesla before Jan. 1, 2017, and takes delivery before April 1, 2017, will still get free, lifetime access to the Supercharger network for long-distance travel.

Tesla will "release the details of the program later this year," the company said.

Importantly, Tesla believes monetizing its charging network will enable the company to double down on the network's expansion.

The change in the economics of Supercharging, Tesla asserted, "allows us to reinvest in the network, accelerate its growth and bring all owners, current and future, the best Supercharging experience." 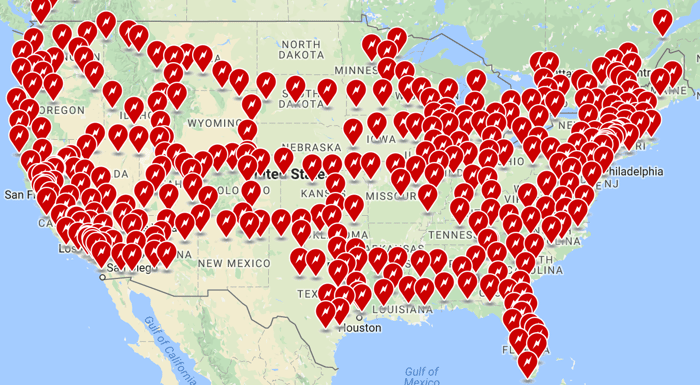 Furthermore, the network's monetization will enable the company to "greatly expand our Supercharger Network," Tesla said.

To aid in its aggressive expansion efforts, Tesla vowed the Supercharger network "will never be a profit center."