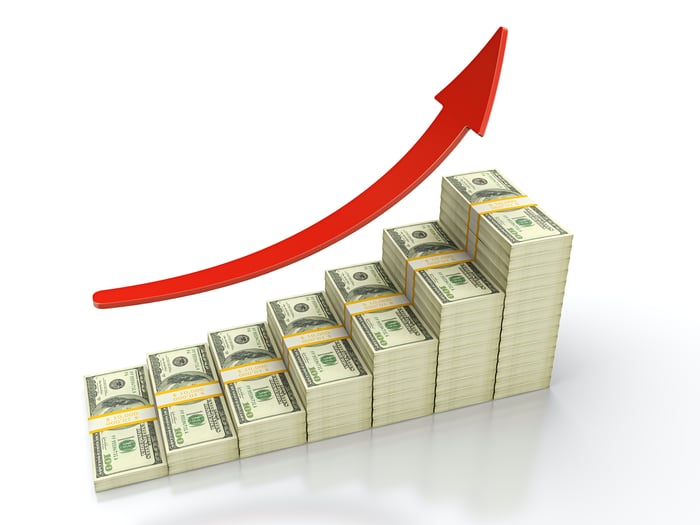 Investors in PTC Therapeutics (NASDAQ:PTCT), a biotech focused on rare diseases, are having a pleasant start to the trading week. Shares are up by 10% as of 10:45 a.m. EST on Monday.

The upgrade was issued in response to Friday's news that the Committee for Medicinal Products for Human Use (CHMP) had recommended the renewal of the conditional approval of PTC's Duchenne muscular dystrophy drug Translarna. While the recommendation isn't guaranteed to lead to an approval, regulators usually follow the committee's advice. That has analysts at Credit Suisse believing that a huge risk has been taken off the table, hence the upgrade.

Shares rallied on Monday in response.

Translarna is PTC Therapeutics' only commercial-stage drug, so there is no doubt that Friday's news was hugely important to the company's future. PTC expects to ring up roughly $65 million to $85 million in total sales for the full year, so seeing the recommendation go the other way would have been a huge blow to future financial statements.

It is also worth noting that the CHMP's recommendation might be helpful in the company's continued quest to win Food and Drug Administration approval. Thus far, the agency hasn't even been willing to accept Translarna for review, which is a decision that PTC has attempted to overturn. PTC might now have a little bit more firepower on its side, especially when considering that the FDA made the controversial decision to approve Sarepta Therapeutics' (NASDAQ:SRPT) DMD drug Exondys 51. Sarepta was able to do so in part because of the passionate testimonials that were given by representatives of the DMD community. If PTC can get its drug accepted for review, it has already said that it plans to follow a similar strategy.

While the waiting game with the FDA continues, investors should remain focused on the company's expansion efforts in Europe. They should also keep a close eye on trial results using Translarna as a potential treatment for cystic fibrosis, which holds promise to greatly expand the drug's addressable market. However, until the company reaches profitability, its share price is likely going to remain volatile based on the news of the day. Long-term shareholders should continue to expect a bumpy ride ahead.