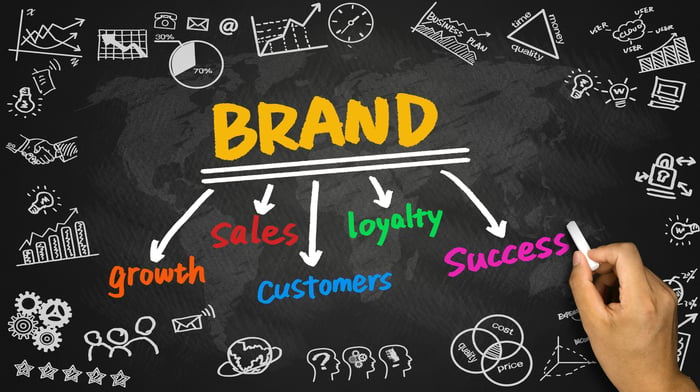 The power of big brands is that they convey information to consumers about quality, strength, and durability. Image source: Getty Images.

Brands become big because they consistently deliver on things like taste, quality, and durability. Big brands give people a shortcut to rely upon when they're spending money.

Our team of contributors thinks investors may want to start off December by grabbing a stake in big-brand stocks PepsiCo (NASDAQ:PEP), Johnson & Johnson (NYSE:JNJ), Whirlpool (NYSE:WHR), and Under Armour (NYSE:UAA), all of which have gotten a chilly reception from the market recently and all of which seemed poised for success.

Bottle up a top cash generator

Keith Noonan (PepsiCo): When it comes to brand power, few consumer goods companies can match PepsiCo. In addition to its popular namesake soft drink and other sodas, the company also has America's top chip brand with Lay's, and a line of food products under the Quaker Oats banner, Tropicana juices, Gatorade, and many more. All told, the company has 22 brands that each generate at least $1 billion in annual retail sales.

While soda sales are facing pressure in some of the company's key markets, PepsiCo is well-diversified. Its combined Frito-Lay and Quaker food products accounted for 43.5% of sales and 59% of operating income in its North America segment over the last 12 months, and the company is adjusting its product line to meet the desires of a more health-conscious customer base.

PepsiCo also looks strong from cash flow and margin standpoints. The company has increased its margins for 15 consecutive quarters, and is working to make its supply chain more efficient, with expectations of achieving $1 billion in productivity savings in the current fiscal year. The company is guiding for operating cash flow of $10 billion and free cash flow of $7 billion in the current fiscal year.

On the income side of things, PepsiCo stock offers one of the most dependable dividends in the consumer goods space, and a chunky payout. Its annual dividend is $3.01 per share. The company has increased its income returned to shareholders for 44 years running, and its dividend yield currently sits at an attractive 2.9%.

The stock is down roughly 8% since mid-July. Trading at roughly 21 times forward earnings, PepsiCo looks like a great stock to buy this December and hold for the long term.

The biggest brand in your medicine cabinet

Brian Feroldi (Johnson & Johnson): Aveeno. Clean & Clear. Band-Aid. Listerine. Tylenol. Sudafed. What do all these consumer brands and dozens more have in common? They are all owned by healthcare giant Johnson & Johnson, which I think is a great stock to buy right now.

Johnson & Johnson has a long and storied history of buying or building brands that resonate with consumers and healthcare professionals. In total, J&J owns more than 250 companies that sell thousands of products around the world, giving the company unprecedented global scale. J&J has grown its earnings each year for more than three decades in a row. That is a feat that very few public companies can claim. 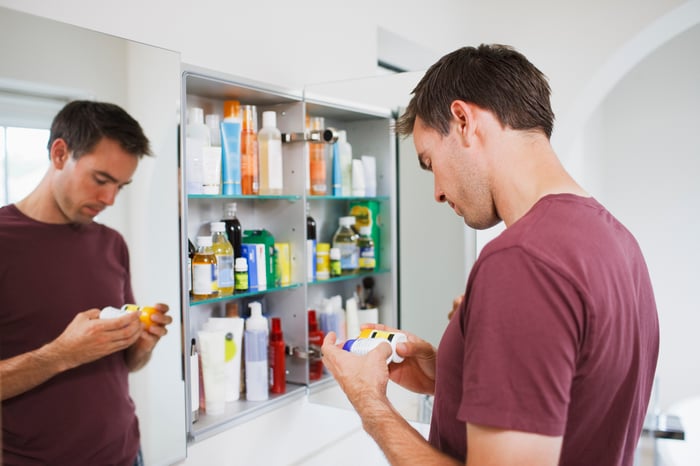 Despite its massive size and scale, there are reasons to believe that J&J's growth streak will continue. For one, the company's strong brand name and dominant market position give it pricing power, allowing J&J to push through regular price increases. In addition, J&J boasts a pipeline of 11 potential billion-dollar drugs. While it is unlikely they will all succeed, the company has a long track record of successfully bringing new drugs to market.

J&J's stock is currently down about 10% from its recent high of the summer, which has pushed its dividend yield up to 2.8%. With growth on the horizon and a durable business model, I think that discount represents a great chance for investors to get in.

Whirlpool has gotten significantly cheaper since early August, which is mostly a result of a lackluster third-quarter earnings report and guidance that left a lot to be desired. Even with 6% adjusted profit growth in Q3, Whirlpool missed Wall Street's consensus earnings per share estimate by $0.19, and its full-year EPS guidance of $14 to $14.25 per share was shy of its own previous outlook of $14.25 to $14.75. There's no sugarcoating that this wasn't a shining moment for Whirlpool.

However, things aren't as bad as they might appear. A lot of the reasoning behind Whirlpool's weakness is mostly short term. For instance, management expressed concern about U.S. election uncertainty impacting U.S. sales, and devaluation of the British pound as a reason why its overseas profits and sales were lower than forecast. The key point, though, is that Whirlpool's long-term growth strategy remains on track. According to CEO Jeff Fettig:

We are confident that our previously deployed plans will deliver a record year of performance with strong revenue growth and margin expansion as we manage through continued challenges in a volatile global market. Our long-term strategic priorities remain unchanged and we will continue to deliver shareholder value through the execution of our priorities and a balanced approach to capital allocation.

Whirlpool's approach has pretty much been twofold: ramp up growth in faster-growing regions, such as Asia, and use mergers and acquisitions (M&A) to broaden its product portfolio and expand its customer base. In some instances it's finding that these goals intertwine. For instance, Whirlpool bought a 51% stake in China's Hefei Rongshida Sanyo Electric in 2013 to boost its presence in Asia. A little closer to home, in 2015, Whirlpool acquired American Dryer Corporation, a manufacturer of coin-operated laundry equipment. M&A is an easy way to boost brand exposure, gain new customers, and increase its top and bottom lines.

Over the past five years, Whirlpool has averaged a valuation of nearly 11 times its cash flow on a per-share basis. Based on the nearly $23 in cash flow per share projected in 2017 by Wall Street, Whirlpool is valued at right around seven times next year's cash flow per share. It looks like a solid bargain after its recent swoon, and investors are poised to get a $4 annual dividend (2.4% yield at current prices) to boot.

Step up to a power brand

Rich Duprey (Under Armour): Combine disappointing earnings with a major retail outlet telling the world your newest product is off to a slow sales start, and you have a prescription for a collapse in stock price. Under Armour's shares have lost more than a quarter of their value over the past three months, most of it coming after the company's earnings miss in late October.

Although the third quarter was Under Armour's 26th consecutive quarter of better-than-20% sales growth, it saw a somewhat slower rate of growth than in the first half of the year, largely brought on by the bankruptcy of Sports Authority. Unfortunately, UA CEO Kevin Plank also said the sports-apparel maker was anticipating profit margins would contract, so he had to walk back previous assertions that Under Armour would be able to produce $800 million in operating income by 2018.

Then Foot Locker (NYSE: FL) said Under Armour's newest Stephen Curry sneakers were off to a slow start amid an overall slowdown in sneaker sales. ESPN suggested the shoes could be a design miscue since Curry needs a high-top sneaker to protect his ankle on the court, but consumers prefer low- and mid-top models. Also, the higher price than for previous versions -- which Foot Locker says are still selling well -- could be a big misstep.

And let's not forget the competitive pressure Under Armour is under. While Nike (NYSE: NKE) still owns the sneaker market, industry analysts at NPD Group say Adidas (NASDAQOTH: ADDYY) just wrested the title of second-biggest U.S. sports brand back from Under Armour.

So why buy the sports-apparel maker's stock now? Well, the earnings stumble wasn't really a stumble at all, and was based largely on the Sports Authority bankruptcy. With deals in place like those with Kohl's to place apparel in 1,000 additional stores next spring, Under Armour has the opportunity to reach all-new customers. Even Foot Locker said the Curry 3s were still in early days, and ESPN suggested introducing a low-top version that Curry could wear during practice to shore up the difference.

With around $4 billion in annual sales, Under Armour is tiny compared to Nike, but it's also less than a quarter of the size of Adidas, which generates around $18 billion annually. That means it still has plenty of room to grow, and if Under Armour is already tripping up its competitor at its current size, as it expands and grows larger, the sports-apparel maker will be an even more formidable competitor.

With shares at this new lower level, Under Armour provides an opportunity to get in on a big brand in a premier industry at a significant discount.