Apple's (NASDAQ:AAPL) streaming music service has crossed 20 million subscribers, the tech giant announced on Tuesday (via Billboard). The milestone highlights rapid growth for the service and shows how the company's fast-growing service is catching up to industry leader Spotify. 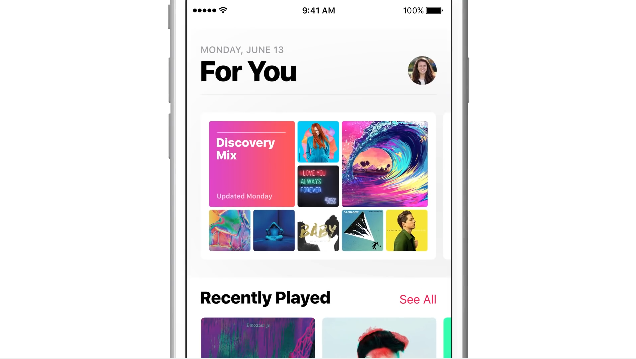 A jump in Apple Music subscribers is likely spurred by a few key catalysts.

To start, new iPhone sales, thanks to the company's refreshed iPhone 7 and 7 Plus and the holiday season, are undoubtedly driving some subscriptions. With Apple Music coming pre-installed on new iPhones, a portion of new iPhone owners may subscribe to the service by default.

In addition, Apple overhauled its Music app this fall, focusing on simplifying the service and improving the user experience. The redesign may have helped with retention of new customers and even sparked customers who unsubscribed in the past to subscribe again.

Finally, recent ads with music stars Taylor Swift and Drake, along with an ongoing emphasis on exclusives with popular artists, are likely helping the service attract new customers.

However, Apple isn't satisfied with the size of its service. Apple's Internet Software and Products Vice President Eddy Cue told Billboard, "Of course we want more and we want it to go faster -- we're hungry!

Apple Music is catching up to Spotify

Notably, Spotify has still been growing strongly even after Apple Music's debut. Spotify's paying members have soared from 30 million in March to 40 million in September. So, it's not clear yet whether or not Apple Music can stifle Spotify's growth prospects.

Still, despite Spotify's continued growth, there's good reason to believe Apple Music could evolve into a threat to Spotify. Apple's $50-plus billion in annual free cash flow essentially gives the tech giant free reign to outspend Spotify on advertising, exclusives, and even product improvements. Over time, Apple's big spending on Apple Music could make it challenging for Spotify to compete with the tech giant.

With 20 Million Subscribers, Is Apple Music a Threat to Spotify? @themotleyfool #stocks $AAPL Next Article
Current