When Apple's (NASDAQ:AAPL) new Touch Bar-equipped MacBook Pro was first unveiled in November, the new laptop looked like it was a hit with consumers as online orders for the new device were higher than any other Apple Pro laptop yet. But sentiment toward the new device seems to have turned negative. Meanwhile, Microsoft's (NASDAQ:MSFT) Surface is stepping up to capitalize on Apple customers' disappointment with the latest Macbook Pro laptops. 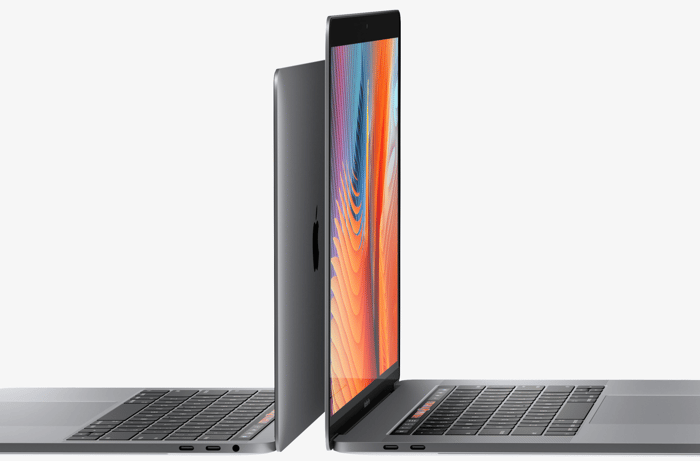 Since Apple's new MacBook Pro began shipping to customers, a growing backlash from professional users has sparked a consistent stream of negative reviews about the device. Users are particularly disappointed in the new Pro lineup's underwhelming professional features. For instance, the laptop maxes out at 16GB of RAM and doesn't include an SD card slot -- two compromises arguably made in the name of thinness and lightness.

Popular tech blogger John Gruber of Daring Fireball, who has followed Apple for years, asserts that the backlash toward the new Macbook Pro is unprecedented: "Rather astounding how much backlash last week's event has generated. I can't recall an Apple event that generated such a negative reaction from hard-core Mac users."

Of course, it could be argued that Apple's new Macbook Pro's compromises with professional features could help the device appeal to a broader audience, helping offset lost sales to professional users. Famed tech reviewer Walt Mossberg explained how Apple might have taken this angle with the new laptop:

But, the bigger story here to me is that the Pro, once mainly aimed straight at people who do especially taxing work like professional video editing or serious design, is now being stretched to suit a much larger audience. That's especially true of the 13-inch model (there's also a 15-inch variety). It's thinner and lighter, and is the only modern, easily portable Mac laptop with both a high-res Retina display and a relatively recent, first-class processor (the sixth generation Core i5 or i7).

However, based on Microsoft's recent report of more people switching from Macs to Surface than ever before, Apple may still be missing out on a mainstream opportunity by failing to deliver for its professional users, who are often Mac products' most vocal evangelists.

Microsoft is benefiting from Apple's shortfall

"It's the most wonderful time of the year -- for Surface!" Microsoft said in a Dec. 12 blog post announcing that November was the best month ever for its consumer Surface sales. The key catalyst for the big month? Disappointment in the new MacBook Pro, the company said (emphasis in the original):

More people are switching from Macs to Surface than ever before. Our trade-in program for MacBooks was our best ever, and the combination of excitement for the innovation of Surface coupled with the disappointment of the new MacBook Pro -- especially among professionals -- is leading more and more people to make the switch to Surface ... It seems like a new review recommending Surface over MacBook comes out daily. This makes our team so proud, because it means we're doing good work.

Adding to Microsoft's momentum, the company's new desktop Surface Studio, which boldly reinvents the way professionals interact with desktop computers, is being greeted with far more optimism than Apple's new MacBook Pro. Further, the Surface Studio is waging war with an aging Apple desktop lineup in need of some updates.

While Apple is prone to make mistakes, hopefully management quickly realizes how it has missed the mark with its professional users and responds with products that can rekindle customer loyalty for its Macs. It's particularly important for Apple to acknowledge its missteps with its MacBook Pro offering now that Microsoft is apparently on a roll with its Surface lineup.