The stock market closed the week on a downward note on Friday, with all three major market benchmarks finishing in the red after having set record highs earlier in the week. Oil prices climbed on the day, which helped the energy sector and related stocks, but some less positive news weighed on what had been highly optimistic market sentiment among market participants. In particular, Nordstrom (NYSE:JWN), Cliffs Natural Resources (NYSE:CLF), and Weight Watchers International (NASDAQ:WW) were among the poorer performers on the day. Below, we'll look more closely at these stocks to tell you why they didn't do so well. 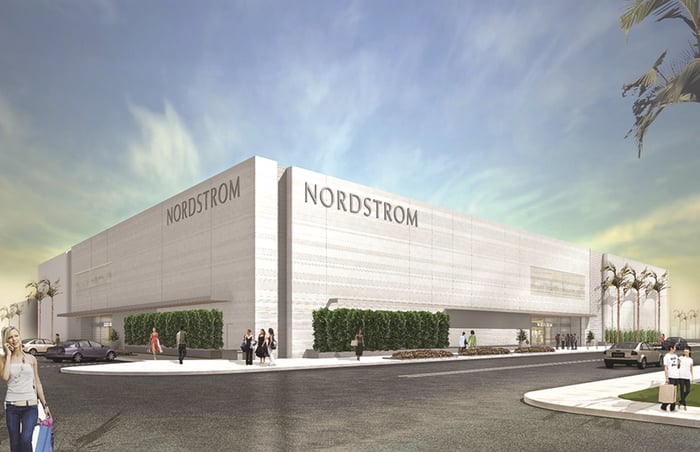 Nordstrom fell 9% after the high-end department-store retailer got a downgrade from analysts at JPMorgan. The analyst company dropped its rating on Nordstrom from neutral to underweight, claiming that the strong performance of the stock over the past half-year has outpaced its likely sales and earnings growth.

It also cut its price target on Nordstrom from $55 to $48 per share, and many investors took the news as being negative not just for Nordstrom, but for the entire brick-and-mortar retail industry, as several other major department-store stocks also fell sharply on the day. With mall traffic continuing to suffer, Nordstrom will have to find ways to differentiate its online presence in order to keep itself competitive with online-only retailers with lower fixed costs.

Cliffs steels itself for weaker demand

Cliffs Natural Resources fell 6% after news from the steel industry suggested that demand for the company's iron ore might be in jeopardy. Earlier in the day, Steel Dynamics (NASDAQ:STLD) announced that it expected its fourth-quarter profit to be less than investors had expected to see. The steelmaker saw lower shipments of steel in the flat and long product categories, and average steel product pricing is likely to fall more than the decline in scrap-metal costs.

With customers reluctant to place orders for steel with suppliers like Steel Dynamics, the danger for Cliffs is that the steelmakers that rely on it for the raw iron ore they need to produce steel could decide to cut back on their orders. If that happens, then the huge rally that Cliffs has seen in recent weeks could be in danger of losing momentum.

Finally, Weight Watchers International declined 6%. The weight-loss specialist got an analyst downgrade from Morgan Stanley, which cut its rating on the stock from equal weight to underweight. After celebrity Oprah Winfrey took a prominent role with the company, many investors believed that Weight Watchers could become a high-growth story. However, throughout 2016, the stock has struggled, and even today's news that the company had announced a new subscription plan to include a well-known wearable device wasn't enough to spur excitement about Weight Watchers going forward.